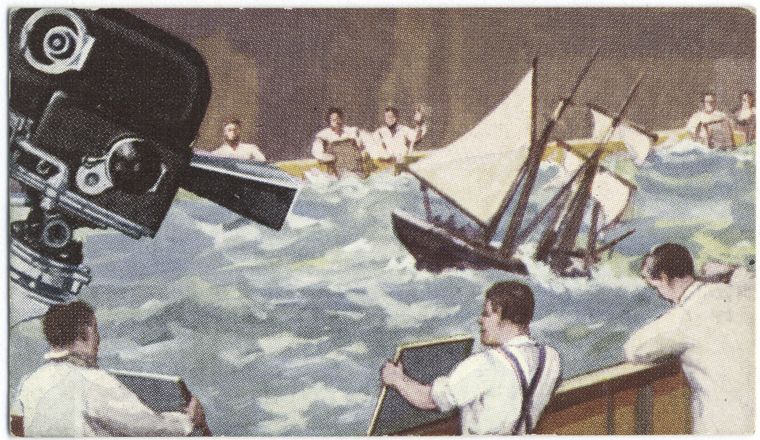 (Photo above courtesy of the free digital archives of the New York Public Library, which you can access here. Just enter a search term—like “storm”—or terms, & see what comes up, it’s so fun!)

We are all disaster survivors at the moment of one kind or another, it seems. Someone asked once if had PTSD. I replied, “I’m alive, so yes.”

The sense of being caught up in an impending disaster seems common to people all over the world at the moment, & it is reflected in the submissions for Synchronized Chaos for this month. The only sensible thing to do seems to be to declare the theme of August 2016 Storms of Change. (I hope that doesn’t sound too presidential & platitudinous.) Painful storms brewing, evolution facing obstacles, growing unhappiness & backlash against unhappiness from those satisfied with the status quo or desirous of protecting their wealth, & their illth, to use a word suggested by English art critic & social critic John Ruskin. The submissions we’ve received for August are riddled with discontentment, primal screams of anguish & outrage growing louder, pressure building up to a major earthquake, a drumbeat in the distance growing louder, adverse branching futures from which a path will emerge (whether it likes it or not) in time, the sense of homelessness, of belonging nowhere, of being  or being treated as an alien legally & otherwise, a eulogy that asks “impossible questions,” nature hallowed & nature besieged (whether we are nature’s besiegers or her fellow sufferers hard to say), our distraught predicament as humans seemingly mirrored by various other creatures across species lines.

At least, that’s what I see. Maybe I’m just being a paranoid drama queen or something.

Prerna Bakshi, an Indian writer, poet and activist based in Macao, sends us three poems pertaining to the partition of India / Punjab. “I belong to the family of refugees and have been deeply moved by what’s taking place in the world at the moment.”

Redolent with sadness is Christopher Bernard’s eulogy for Adelle Foley, a writer married to an accomplished poet. “At times like this / I ask impossible questions.” Bernard reviewed Adelle’s husband’s chapbook Eyes for Synchronized Chaos back in December 2013.

Developing the catastrophic theme, Hanoch Guy treats us to several poems about a series of natural disasters, including the tragicomic image, “A glacier sails away carrying a family  of polar bears.”

Next we have a poem from Colin McCandless in alliterative / Beowulfian style about the “balancing act” between prey & predator.

We are always happy to have submissions from Jaylan Salah. This month she gives us an edifying interview with up-&-coming Australian actor Jackson Gallagher. “The Man Who Roamed the World.”

Donal Mahoney has been asked by non-writers many times, “Why Did You Write That?” That forms the title of his essay in which he describes his habit of accumulating words until he has enough for a poem. “Next I try to determine what the poem, if anything, is trying to say. And that’s not always easy.”

Michael Robinson offers a timely reminder that black lives matter with a series of short essays or prose poems. No shield exists here between the reader & savage realities of life as an oppressed person in a warlike scenario of feeling under attack at all times. “Have you witnessed the pain and heartbreak of black mothers when they learned that their son has been killed in the streets?” he asks, & cries out, “I don’t want to end up like Emmett Till,” an African-American teenager who was lynched on suspicion of flirting with a white woman in Mississippi just 61 years ago.

A trio of poems from returning contributor Joan Beebe find solace & nourishment in the sun, & bewilderment in those “times when life seems to overwhelm us” with a broken heart. She wakes up to a new day & faces the question, “Where is the joy that should be part of this day?”

I. W. Rollins sends poetry describing “a timid shrimp of a
middle aged man,” a young who “eats this love he doesn’t deserve,” & his memory of getting drunk for the first time, when “the bottle’s kiss was a kiss / the other boys couldn’t have, / it was all my own / just like my sadness.” He closes with a poem about being trapped by capitalism into a kind of pleasant slavery.

And we have poems from J. K. Durick examining that possibility “that Under all / this fuss and noise we live through, we walk around with, / We dedicate our days to, there may be nothing at all.”

Reminder for everyone that author Rui Carvalho and administrator Sara Rodriguez Arias invite all writers here to enter a literary contest.

Details, deadlines and entry form available through the link.

INTERNATIONAL LITERARY CONTEST: NATURE 2016: “Tales for the Ones in Love” in partnership with The Book Park & Arts & Literature. https://lnkd.in/dSgN7uq http://www.thebookpark.com 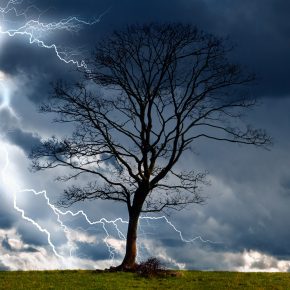 Sink Holes
If no one was hurt, the news treats them as a bit of humor,
A diversion from politics and the economy, a photo with
a work crew next to it, for scale, works best; they’re like
A movie set, one of those old Western ones, with a hotel
And saloon, precisely built facades, but through the door
There’s empty space, nothing, it’s like taking a mask off
An invisible man; sink holes are a reminder that under all
This fuss and noise we live through, we walk around with,
We dedicate our days to, there may be nothing at all.

END_OF_DOCUMENT_TOKEN_TO_BE_REPLACED

What’s the name of your pind?

(First published in The Ofi Press)

He asks me which pind
do I belong to?

Confused, I respond by telling him
the names of my grandfather’s and grandmother’s village.

He interjects, her’s not necessary. Your belonging, your identity, your pind is traced through the pind of your father and his father and so on, you see.

I say nothing, and just nod.In the blink of an eye, my grandmother’s history was deemed irrelevant. Erased.

History belongs to victors, they say.
Clearly, she had lost.

Her past, torn
like it was an unwanted page from the book of history.

Her clung together memories
got flushed down the toilet like a clump of hair stuck in the comb.

Or is she a traveling soul?
A wandering Sufi?

An escaped soldier?
An absconded convict?

A fugitive?
A refugee?

If she had no home to claim as her own,
which borders did she cross then?

To what extent did she even cross any, if at all?
What was her supposed ‘home’?

Or was there even any?

END_OF_DOCUMENT_TOKEN_TO_BE_REPLACED

A stealthy stalker stops and stares, still life
Before it’s prudent prey, poised to pounce
The hunted, hunched down and hovering low the hunter
Is waiting and weighing, wired in and watching
Crouching and creeping, crawling ever closer
Tiptoeing toward the tantalizing target
Leaping and launching, letting loose a lethal
Attack that achieves an aim and addresses a balance

Colin McCandless lives in Charleston, South Carolina where he works as a PR/Marketing Director for a nonprofit that serves youth in foster care. In his spare time he enjoys reading, writing poetry and traveling the world.

Haiku for Adelle
by Christopher Bernard 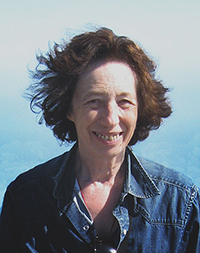 I bend down to pick

up, in the fragrant garden,

A fallen glove. A

smell of cloves and grass. Far off,

If death is sleep, you

folding under a vanishing sun.

from my astonished hand.

Adelle Joan Foley (1940−2016) regularly appeared in performances of the choral poems of her husband, Jack Foley. She also wrote haiku.

Christopher Bernard is a regular contributor to Synchronized Chaos.

“At this moment I realized that I did not know anything for certain:”*
Hundreds of thousands of bodies wash to shore
A volcanic eruption at sea submerges twenty islands,
forest fires leave piles of charred redwood  trees,
a glacier sails away carrying a family  of polar bears.
Layers of stars get entangled in strings shaking them off
into  a network  of milky ways.
The St. John river flows away from the bay of Fundy.
Cars go back on Magnetic Hill.

The creek in my back yard is as huge as the Nile or the Amazon.
and  is still polishing pebbles,
Mallards fly over.
The birch tree splits , dies and
falls into the water.

The torn balloon was once the sky dome.
Yellow and red balls left by little Lilly
contain the code for future universes.

A door opens in the basement ceiling
goes up to visit the attic.

END_OF_DOCUMENT_TOKEN_TO_BE_REPLACED

The Man who Roamed the World 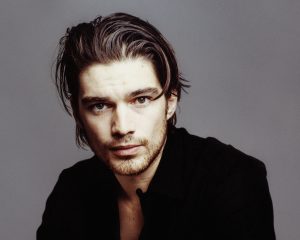 One might try a little harder if they plan to scare Jackson Gallagher.

Going from one extreme to the other seems to be his game. From directing serious documentaries to flirting on-screen with countless love interests on the famous Aussie soap opera “Home and Away”, Gallagher is not what you’d expect from your average 26-year-old Australian. Being a farm boy and growing up on a farm in Daylesford (a small town in Victoria, Australia) still didn’t keep him from barely escaping death during an ice-climbing trip in New Zealand, and traveling deep in the desert on photography missions with the “Act for Peace” organization, Gallagher documented experiences of the Syrian refugees in Talbiah Camp in Jordan and Al-Amari Camp in Ramallah.

What drew him to the experience was mostly, “Talking to the men and seeing how despite everything they try to sustain their integrity, how their roles -as providers for their homes- were affected and it hurts them. As the conversation goes on you could see through the cracks how intense the tragedy they’ve been through. All their lives they’ve been caring and looking after their families and now they lost a lot; homes, jobs, prolific careers. The women have shown great bravery in the face of turmoil and tried to maintain a sense of family.” The refugee experience had also tremendous importance for him because of his strong opinion on the way the Australian government handled the refugee crisis.