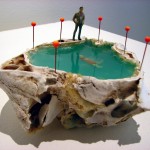 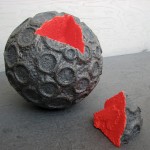 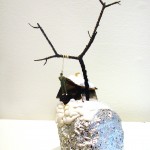 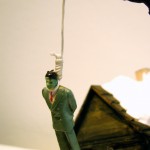 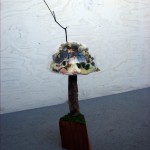 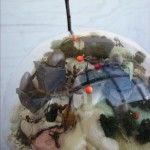 Artist Statement:
Abandoned science stations in remote locations, new frontiers, hostile living conditions, isolation, architectural decay in miniature; these are all common threads in the work of Michael Campbell.  The 1970s mark a strange point in US history. The upheaval brought about by the student movements during the 60s challenged and upended the authoritarian paradigms and status quo set forth by the previous generation in the 1950s. The 70s was a decade where the dust settled after much of the radicalism and revolutionary ideas of the 1960s had come and gone. Campbell creates a dialog with these ideas and what could be considered iconic symbols from this time period.

Real feelings of distrust manifest in the 70s in science fiction themes in both print and in film. This distrust is reflected in a greater cultural and political arena with events like Watergate and Vietnam. In the fantasy of science fiction, dystopian civilizations and post-apocalyptic survivors live in worlds where technology has gone haywire.

Campbell’s work appropriates these ideas, suggesting broken utopian landscapes of the 21st century. Where once we looked ahead to the turn of the century with optimism, the future now seems bleak amid harsh environments, broken down machines, and transitory foundations.

2 thoughts on “Art by Michael Campbell”