Common sense would tell us we are born free.

Unfortunately, that is not always the case (or may not remain so for very long). After getting acclimated to this world, we are later governed by it – its stipulations outweigh your potential, which determines your net value. You become commodified and forced to sell your gifts to the highest bidder for the rest of your existence. Should you resist, you assume a fate of perpetual hardship and struggle.

Much of my outlook is based upon my observations and experiences as a native and resident of Chicagoland. The Windy City is a political game of opportunity driven by displaced ambition within a setting of scarcity. It generates a sense of desperation lending itself to criminal thinking and acting, plus feelings of fear and resentment. In such a setting, it may seem difficult to celebrate the achievements of others when your own success is not guaranteed.

Many escape to warmer and/or wealthier climates to tread the greener grass. Some return home to what is familiar and cut their losses instead…

There is also hope in struggle and that’s when Chicago serves as a bedrock of faith and springboard for progress. If you can make it in or through Chicago, you can definitely make it anywhere. Either way, if you embrace the City of Big Shoulders she will carry you forward.

home – a desolate block – died inside of me at Newport Beach where I witnessed a miniature Versailles sidewalk surfing, and learned the fitness virtues of surfboards & yellowtail.

never mind the grungy beachside citizens wading along the oil-contaminated surf- “we’ve still got the best waves” – as evidenced by the splattering of surfer bars and nascent Brazilian cafes.

the surf shops hide away long forgotten legends of the tide and sand lamenting an old glory that never was – only imagined.

see, the preservation of a local culture is drowned out not by waves and songs of the seagull, but by corporate cranes migrating North.

I’ll never forget my first adult glimpse of Lake Champlain and New Hampshire’s White Mountains. The sight captivated me to the point of postponing my trip to Montreal, so as to explore the state of Vermont – a spacious museum of pristine nature and “New English” culture.

Being a Chicagoan curious about small-town America and personal (ethnic) identity, in Vermont I commenced what would become a living tour of far-North American history.

I visited people, places, and circumstances I had previously only heard and read about – particularly the impoverished “Yankees” of the Appalachian North. I often tell people Vermont has the worst poverty I have ever seen – it brought me to tears.

In many Vermont towns, pickup trucks blasting country music are paramount – cultural characteristics I always attached to the south(west). This amazed me because the history books always portrayed Yankees and Confederates as culturally polar opposites.

I befriended an older Italian-American woman named Mary. A child of Italian immigrants, and in great physical condition; she took me to her family cabin, high in the mountains, and shared tales of tearing up the NYC dance clubs during the 50’s and 60’s.

She also shared her family’s struggle – that of able-bodied Abruzzi men arriving to America with New York-sized hopes and dreams, only to spend the rest of their lives digging ditches to feed their families. The lucky ones made way to Argentina and fared much better.

One of my early literary/skating influences was 48blocks.com founder Leland Ware. Leland was a bit more cosmopolitan than most of us; and you’d be hard-pressed to come across him doing anything unrelated to writing/skating in some way, shape or form. I reached out to him recently to see what’s up..

KC: Sup man, it’s been a minute – too long to fully catch up, but what’s been up in a nutshell?

LW: Wow, a lot of things have happened. Highlights include starting my blog 48blocks.com in 2006 and having that get recognized in skating and then starting to work full-time in the industry in 2008. I had a contract with Interscope Records in 2008 and was working as the Editor-In-Chief for this site called SteeloHero.com that they pulled the plug on after a year. Then in 2011 I left San Francisco and moved to LA to work as a staff writer at the Berrics and in 2012 I moved down to San Diego to work as the Content Manager at The Kayo Corp. Kayo makes DGK skateboards, Expedition Skateboards, Organika Skateboards, and Gold Wheels. I run the website, online store, do all of the marketing writing, and help come up with ideas to creatively market our products. We also do a quarterly magazine and I do most of the writing and editing for that. It’s been 3 1/2 years and things are going well. It’s cool cause DGK is really big in skateboarding, but also really connected with Hip Hop as well – so my job works with two cultures that I’ve always been really passionate about; which is definitely a blessing.

KC: Riteon, Bro. You have been on the scene for quite a long time. What keeps you motivated?

LW: I’m really inspired by art, music, photography, and film – so I guess my biggest motivation is being around creative people that are doing cool projects in those realms. I’ve gotten to meet quite a few of my heroes through being involved in skateboarding and the culture that surrounds it – people like Spike Jonze, Sean Cliver, Marc McKee, Tobin Yelland, Ed Templeton, and many more were all people that I looked up to growing up; so getting the opportunity to meet and talk to them over the years has been inspirational. Outside of that, just getting the opportunity to contribute creatively to various projects and work with things that I’m passionate about gets me hyped to get out of bed in the morning.

KC: Word. You put me on to mad flavor back in the day. Who/what would you say are your primary influences?

LW: Man, so many people and things have been influential to me. Definitely Larry Clark and Harmony Korine and the movieKIDS – that was such a raw and honest portrayal of the scene back in the mid-90’s. Everything Spike Jonze has ever done has been amazing. The brand Supreme and pretty much everything that they’ve done over the years, they’re the perfect marriage of street culture and high fashion and have managed to remain on the forefront of those cultures for over twenty years. Early World Industries stuff – the artwork of Sean Cliver and Marc Mckee, and Steve Rocco’s “us against the world” aesthetic, along with Big Brother magazine were highly influential to me growing up. Girl and Chocolate skateboards – the artwork of Andy Jenkins, Evan Hecox, and The Art Dump. San Francisco, LA, and New York and all of the cool stuff that comes out of those cities. Mark Gonzales as a skater, artist, and creator. Chris Pastras and Jason Lee and early Stereo Skateboards stuff – that got me into jazz music and the Blue Note design aesthetic. Basquiat, Warhol, Ricky Powell… I could go on for days, there’s really too many things to mention; but my influences are all over the place.

KC: Speaking of KIDS & Basquiat, hip-hop culture’s morphed quite a bit in the last 20. What’s your take?

LW: I have a love / hate relationship with hip hop. I don’t like most of the new stuff that’s on the radio – it’s super dumbed down and pretty mindless. When people started just repeating themselves and not really rhyming, I kind of got over it – but then there’s newer stuff like Earl Sweatshirt and Run The Jewels that’s amazing. I guess my take is that hip hop became mainstream and like most mainstream things it got watered down for the masses. I still listen to all of the old 90’s stuff and I try to seek out new stuff that’s good. I like early Kid Cudi and Wale when they were both just mixtape artists. Odd Future is dope. I listen to all different types of music though, especially now that I’m older – I spent so much of my life only listening to hip hop that I had to branch out and peep other genres. I really like Santigold, TV On The Radio, Modest Mouse, Yeah Yeah Yeah’s, and stuff like that as well.

KC: I hear you. Any advice to the new breed writers/riders?

LW: I would just say pay attention to everything, because you never know where or what you’re going to draw influence from. I would also say surround yourself with positive and creative people, because the wrong energy can really bring you down. I would also say, don’t force things – just let if flow. Like if you’re in the zone to write, then write; but if you’re in the zone to shoot photos, then do that, and if you do art or music then make time for that too – that way you never really get burned out and one thing usually influences the other. As far as skating, you just have to skate all the time if that’s what you want to do – but remember that skating is also an art, so look at older stuff like Mark Gonzales and Jason Lee in Video Days and how they approach tricks. Also, whether it’s skating, writing, photos, art, etc – style is everything, it’s not what you do; but the way that you do it that counts. 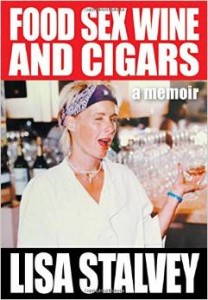 A raw, experiential self-reflection; FSWC, to me, is more than a mere book – it is a Movement. Lisa embodies the literary risk-taking often absent today – a reality she, certainly, can relate to as a culinary innovator.

A personal memoir, in itself, is a massive undertaking; and to pen one, in lieu of culinary trendiness, is quite admirable. Reading Lisa Stalvey is like working in the culinary domain she previously mastered – spontaneous, intense, unpredictable, shocking..

One can never fully understand an artist’s creative process, but Food, Sex, Wine & Cigars is guaranteed to fulfill.
You may order Lisa Stalvey’s book here:
http://amazon.com/Food-Sex-Wine-Cigars-Memoir/dp/1631353632

‘I have ceased to question stars and books; I have begun to listen to the teaching my blood whispers to me.’ -Redbone proverb 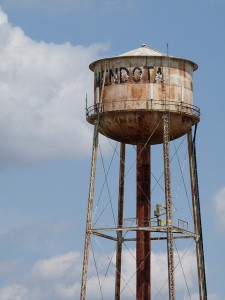 In 2008, I was informally introduced to the business world in a Saint Paul, Minnesota café:

As a creative Artist with an extensive not-for-profit background, I was found to be an asset to a budding Social Entrepreneur with extensive financial management experience. This former international banking executive, though commercially astute, was clueless as to how to apply his expertise to a non-profit situation. I witnessed him make mistake after mistake as he desperately sought a way to use his skill set to “help kids”; however, this gentleman’s plight was much deeper…

END_OF_DOCUMENT_TOKEN_TO_BE_REPLACED 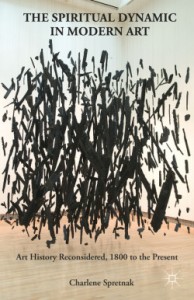 Charlene Spretnak, a stellar literary artist in her own right, has recently unleashed her revisionist tour de force, The Spiritual Dynamic in Modern Art: Art History Reconsidered, 1800 to the present.

This, Charlene’s seventeen-year labour of love, leaves few stones unturned; as she provides us a narrative of modern art history via her personal spiritual prism.

I particularly enjoyed her treatment of acclaimed earth-body artist/a, Ana Mendieta (pp. 165-6); whose pioneering contributions, though highly profound, were greatly limited by a shortened life.

The Spiritual Dynamic is about modern art as much as it is about modern people. Nowhere is that more evident than in the afterword, where Charlene’s true passion is on full display:

“We moderns have long been slipping into a detached solipsism that shrinks us further into ourselves….but the great works of modern art have never surrendered to it.” (p. 204)

Great writers author great books because they feel burdened to do so, and Charlene Spretnak is no exception; for The Spiritual Dynamic in Modern Art is more than a mere exposé of our collective creative burden..it is an invitation for everyone to join in the lifting. Count me in.