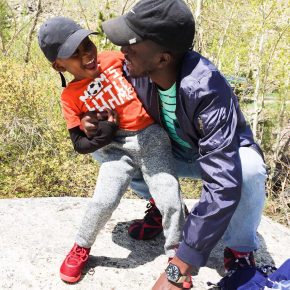 My name is Roozario Wiggins Sr. I’m a native Louisianan born and raised. Proudly, the first of my mother’s children to graduate high-school and college. While attending college in Wyoming the reality of culture shock hit me hard. Big open space, mountains and cattle were quite the opposite of my upbringing (low-income housing neighborhoods, crime and the sounds of gunshots every other hour).

Wyoming showed me I can be proud of the things I’ve accomplished, that your environment doesn’t determine your outcome or automatically hinder your future success. The world can be a frightening place when you’re alone. I know this fear first hand and became well acquainted with it as I grew up fatherless. The moment RJ came into this world I knew I was ready to make any and every sacrifice needed to assure he wouldn’t grow up ever experiencing the loneliness I did as a child and still experience to this day at the age of 25. 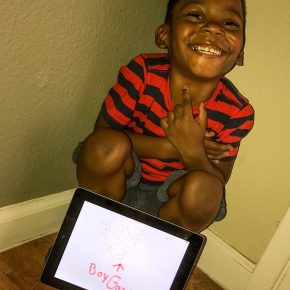 I wasn’t around as much as I would have liked to have been for the first three years of RJ’s life because I was away at college. Upon returning back to Louisiana, I had more of an opportunity to spend one on one time with my son.

I purchased RJ an Ipad years ago. Just for the sole purpose of being able to watch cartoon videos on the internet to keep him “calm”. RJ developed curiosity with all the different things he would see on the iPad.  It’s normal around this age for child to develop awareness and want to learn more, but he wasn’t just curious. RJ came across a video of a cartoon speaking Russian, and thus his genius kicked it. His will to not just watch and be amazed at the things he was seeing at just a young age was amazing. He still has interest in playing outside, with toys, and “just being a kid”. His balance with all is some remarkable within itself.

This past May I took a visit back to Wyoming to visit friends, faculty, and former professors at the college I once attended in Riverton, Wyoming. RJ accompanied me on the trip. Upon his arrival, he welcomed everyone’s eagerness to meet him. It was the first time everyone had an opportunity to meet the kid they had seen many pictures and videos of for so many years.

He willingly began to read and write Hindi, Japanese, Russian, Spanish and Hebrew for all who wanted to see, listen and learn. “Amazing,” is the only word they could utter, if their jaws were even able to close and form words after being so awestricken by RJ’s intelligence. I was asked to show his birth certificate twice that weekend, because they couldn’t believe he was only four. His social skills, awareness and motor skills with teenagers and teaching professionals with the highest degrees in their respective fields were something they had never seen before. It was remarkable for them to see the things he’s taught himself, but I was more intrigued by how self-motivated he was to display these skills.

They all suggested I get him on the Ellen Degeneres Show, but I assumed they were all joking or being polite. While traveling back home, RJ could not stop talking about the big open spaces, farmland and beautiful nature the state of Wyoming offered. As a dad, I could not stop thinking about the opportunities he could have to broaden his mind in a specific classroom culture that he would naturally be comfortable in. When RJ and I returned home, we did some research on schools across the country. Particularly ones that would benefit his international interest and curiosity. 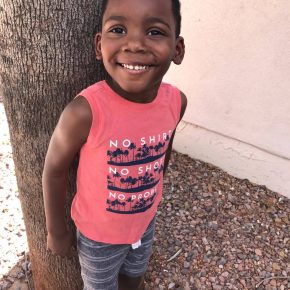 If you’d like to help support RJ’s education, the family has a fundraiser here.