Fear of a Living Planet (Sides A & B)

There might be lots of opinions on what is most important to the dignity of humans, but all of those opinions, these days, fall into only one of two camps: those who believe in a living planet, and those who do not. In these two camps reside an operating principle that determines the underlying logic and prejudices that filter concepts around politics, religion, power and diversity that lead to different logical conclusions. Within these two camps there is a constant overlap in identities and roles, but subjective and seemingly objective conclusions skew in only two poles: living or dead planet by nature.

A living planet is a planet that must be respected and worked with — while a dead planet waits, like a sterile clay, for something or someone to animate and give it direction. In these two models and camps of philosophy a person either believes in their right to step into the role of sole creator or to allow themselves to be part of a more dynamic, collective creation. History shows that philosophies of domination and exclusion always found their rights to oppression in the belief that somehow this world was separated from the essential living spark that created the planet, and ultimately space and time. Abandoned through this separation, the essential life force had to be pantomimed by those in positions of an almost god-like power.

Oppressors ultimately believe in a dead world and see all other peoples, beings and materials as essentially inanimate objects to be manipulated, collected and controlled. They sell this view through their methods of media and outright coercion, so that a perversion of all other concepts of love or philia discussed in the day to day discourse are set to serve the dead planet paradigm. A dead Earth philosophy allows for the exploitation of labor, mass incarceration of minorities and outliers, as well as the wholesale use of poisons being poured into the ground as a method for increasing fertility. The logic ultimately finds itself, by whatever means, using poison and poisonous virtue signalling to generate fears towards the basic tenets of life and co-existence.

A typical dead Earth view can distort many ultimately useful concepts, such as those we might find in holy books. One example could be found in Genesis, where the idea of “dust to dust” is first posited. Of course there is a deeper conversation around the loss of immortality (unfettered and direct connection to the Godhead) and the casting out of Eden that accompanies this scenario, but taken as a well known phrase often used by Christians to show humility in the face of life on Earth, there is something about it that begs our attention.

Dust to dust, or Earth to Earth is reflective of a circular system, one where the body returns from whence it came. The body, itself, returns to itself through what are primarily biological processes. As a society that reduces its pieces to chemistry and physics, to mechanical agents in a system that somehow gives life but is not made of life, we find the body’s return to Earth troubling. We thwart this process by infusing the body with chemicals when possible, making the very thing we are meant to return to the Earth toxic. The circle of life is broken in our efforts to maintain a separation from the subsumption of humans bodies into those of micro-organisms and insects, into those beings that function as part of a larger biological system.

Only in a system where the body has been reduced to some less than whole version of itself can we find a rationale that manages to treat the body as separate from the world of its biology. This rift between humanity, Earth and an underlying living systems unity can be traced down through dogmas that developed along with the technologies of production. This rift was exploited as technologies grew so that humans and their planet could be parsed into bits, cut into small and tiny parts to be manipulated as objects out of relation to the whole.

Although the spiritual truths of our culture pay lip service to our unity with a biological foundation, the dominant political narrative has been one of an essential deadness that we must pretend exists in us. In archaeology, it is understood that the way in which a culture buries its members is a core element for understanding their relationship to life and myth. If that is the case, then our culture will be known for a hallmark of denial and for absorption with its own creations to the point of exhibiting a complete division with the realities of biology.

In this way, a belief in a dead planet is the foundation of the schizophrenic nature of our culture, and an underpinning of its widespread mental debilities. To reconcile ourselves with the dead planet theme, we offer the chemistry of modern pharmacology in place of integration and have done so with stunning results. This, of course, has been our history and has led us to the brink of a self-fulfilling group prophecy of end times. These end times, of course, are just a new beginning – one whose character and timbre are up for argument.

The Rebirth (of a Living Planet)

For many today who espouse living systems design there are lineages in every discipline. There have been voices that at first held the lineage of older cultures, and then there are newer voices that link them to the politics of the day. It is not impossible to draw deeper connections between the voices of mystics who healed in keeping with the seasons and plants, and spiritual teachings and those who point to statistics illustrating the dire need for women; and primarily women of indigenous cultures, color, and poverty to be uplifted from their oppressed placements within their local cultures and the global culture at large.

A living planet requires and thrives in biodiversity, and it evolves itself towards cooperation. From early findings of the naturalist Darwin, through the work of evolutionary biologists such as Lynn Margulis, to the recent research of scientists who have found that insect communities evolve to cooperate and negotiate –  this is a thread found in science. The concept of competition as a type of demi-god of a dead system view is refuted by Darwin’s full texts, and continued by all the work that shows our bodies are not simply bodies, but interconnected ecosystems working in tandem with our tiniest and oldest living ancestors of microbiota.

Denial of a living planet is necessary for those who would deny the planet and its beings the intrinsic rights of the living, such as dignity and freedom. This denial and its collapse was picked up in the prophetic voices of scholars and rights advocates for generations. Announcing itself again and again, a living planet and the fear it induces in those who see their lives as somehow exceptional and primary and all others as unnecessary and troubling was called out as unsupportable. Famously, in 1990, Fear of a Black Planet was released by the musical group Public Enemy (PE). Taking their thoughts from scholarly foundations while involving themselves in the plight of their people regarding race, color, economic power, and urban experience; PE represented a collective voice heard ‘round the world. Their truth spoke to the power of our fear – the one upheld in the dominant undertones of even the most free-thinking areas of our society. The truth of a living planet is that it requires no supremacy, no hegemony, and absolutely no single best way or people.

Right to self determination, to equal value, to space on the land and air and water – all of those rights we tend to think of as human rights must be extended to our view of our planet. We may need to eat, make houses, and take up space as a species; but that does not correlate to a set of rights to displace, destroy or demean others. As our technologies evolve into the ethereal space of computing, this balancing of rights is core to our maintenance of this planet and its peoples. To maintain our evolution we must shift to circular systems so the rare minerals we mine and the refuse we create no longer go into the few virgin territories left in the wake of our dead planet history.

The fear of a living planet will not go quietly, we have seen; but it will go either taking our society and our bodies with it, or it will go on its own while we, as creatures, persist. Our biosphere, our bodies, our very selves as mini-ecosystems can only move forward if we choose to comprehend our place within this world. Whatever the spark that created our planet’s conditions for life, whatever dressing of myth or belief we choose to relate to our visions of perfection and gardens of life – there are still only two choices. We must choose to love a living planet with its limitless forms of expression, with its constantly vibrating and oscillating identities and interactions between them; or we can choose static views and static roles, and ultimately a static planet. Stasis is death, and yet we have been taught to adore it at all costs; to demand that our structures and our identities and our hierarchies do not change. We currently fear our planet, not out of humility for the circle of life in which we participate; but because we fear the true beauty of interconnectedness.

A simple Ecosia search for “Gaia” rendered me unto a multisensory dimension of indie rock tragedy, digital apocalypse and transcendental nomadism:

A grandaughter of Hrvatska (Croatia), she processes stimuli with one foot in The Americas (Turtle Island) and the other in the Balkan Peninsula (Balkanski poluotok). Her hands, however, hover within an eclectik spacetime of disembodied poetics, liminal philosophy, encrypted economies, and so on….

MA’s creative range is harmonic and agile, volleying across platforms and modalities toward our inevitable, intersectional balance. She emits the post-apocalyptic coded language of Rucker & 4Hero, Wiliams & Krust – exhibiting the full cycle of creative resilience and epic finality. 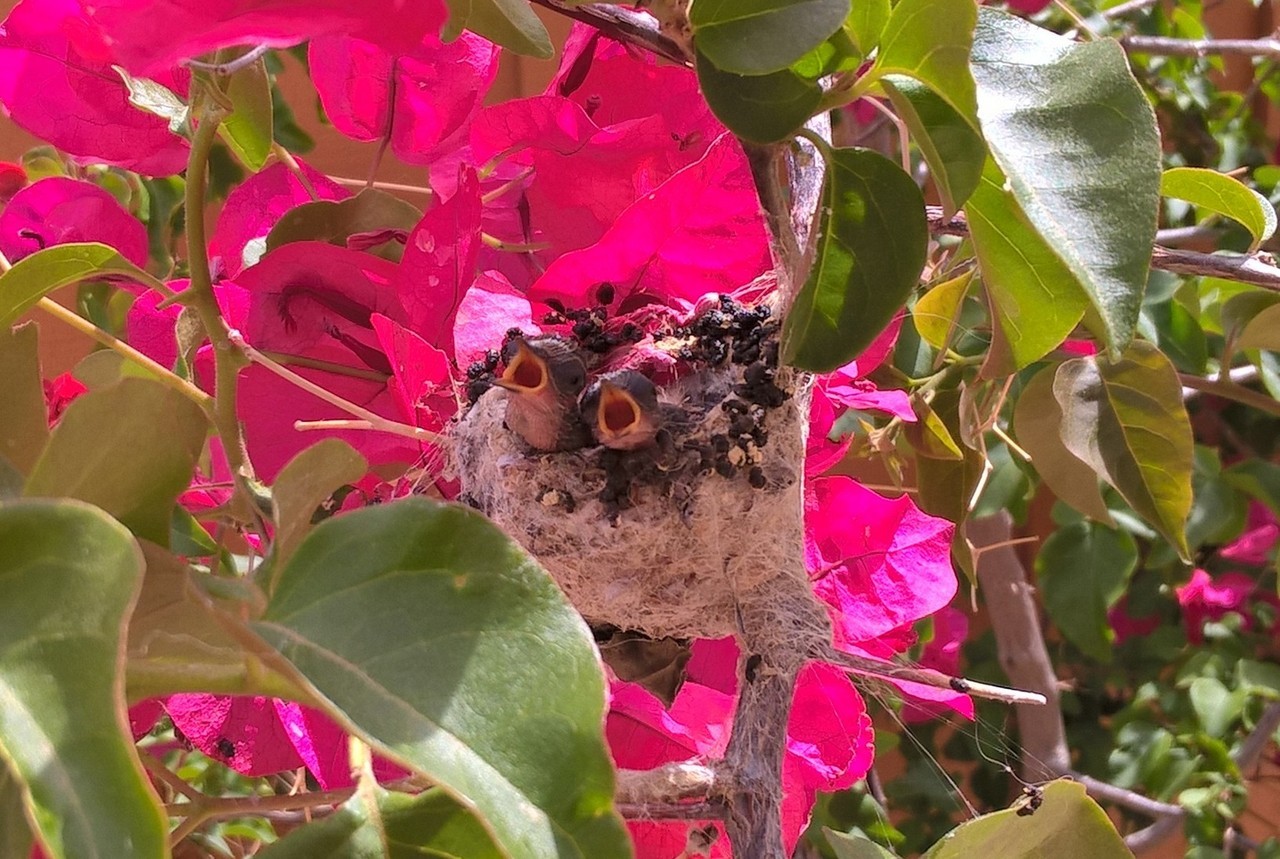 the flow of ideas quickens beyond chronicle..

No longer ‘agreeing’
with conservative ideas,
I now live and breathe them;

In other words,
no longer a liberal
transformed.