The hunt for the sexual side of conservative men 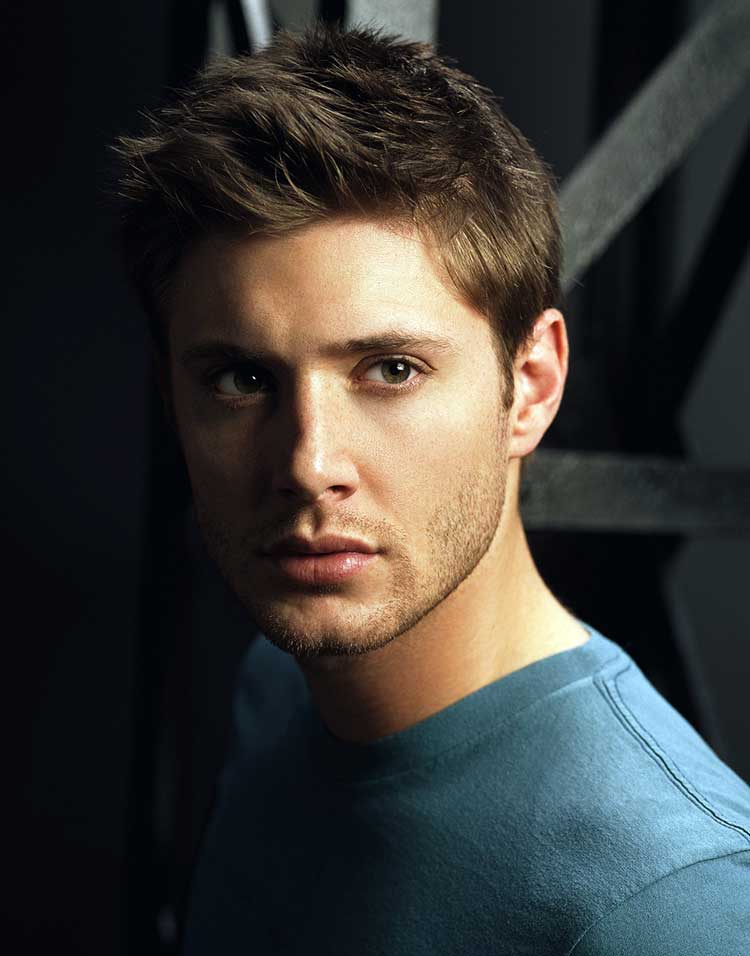 There are a few times when the female gaze has been taken into consideration when building up a male character onscreen, the articulation of a male character, assuming the sexualization is part of the package, manifesting this eyecandy of a man whose target audience are the hungry women sitting behind their screens, lusting after him and wishing the fourth wall would break so that they could put their hands on him.

Examples are –sadly- scarce across film and TV history, but none has been as enigmatic and gender-defying as Jensen Ackles, one of the two main protagonists in the CW long-running sci fi/horror series “Supernatural”.

Ever since Ackles graced TV screens in 2002 as the transgenic Alec in the ill-fated (and actually really good) series “Dark Angel”, women have swooned over every single scene in which he appeared. A natural scene stealer and surprisingly talented young actor, Ackles stole scenes from Jessica Alba and Michael Weatherly. Back then, after the cancellation of the show, it was obvious for any person with a brain over his neck, an actor like Ackles deserved a show of his own, when the TV lanscape back then had the likes of Chad Michael Murray, Tom Welling, and the older, grungier Jon Hamm, Michael C. Hall, David Duchovny and Julian McMahon.

In her essay “Breaking Down the Schtick: Jensen Ackles, Physical Comedy, Objectification, Consent, and Other Supernatural Topics Inspired By Three Seconds of Footage” Sheila O Malley describes how Supernatural creators and visual artists play the two leads’ hotness factor to the benefit of the female audiences, unlike most TV series –at least back then;

Much of the series is done in extreme closeup which tips right over into objectification. That’s part of the subversive quality of what is going on in the show, and part of the reason why the fan base can be so extreme. The makers of the show know what they are doing, and know that the inherent appeal of these two guys is enormous (by themselves, and together), and so they play up that factor consciously. They present these two guys to us in an almost mythic fashion, lingering on and loving their faces. They are objectified in a way usually reserved for female stars.

When I first watched “Supernatural”, the second season was approaching an end. The first episode that introduced me to the show was “What is and What Should Never Be” which uses Dean Winchester –the character played by Ackles- as a vessel for showing an alternate universe template in which the two ghost huntin’, ass bustin’ brothers could try normalcy and domesticity for the first time in their lives. While the premise could be seen as a trope, something that most genre TV series seek in order to create the nominal mix of mythology vs. light/out of the box episodes, the way Ackles handled the material given to him, was phenomenal to say the least. He embodied Dean Winchester, flirting both with onscreen characters and the camera. He was aware of the hungry voyeurs eyeing his every move and yet he played it subtly without a hint of theatrically orchestrating the performance. Over the course of 15 years, Ackles has played dozens of versions of himself; Demon!self, Angel!self, parodied!self, Mafia!self, Western!self, domesticated!self, to name a few.

As a wannabe geek, I am familiar with how TV abuses its templates, even in Supernatural. But even with the creativity spark skyrocketing as far as the show evolved, nothing would prepare you to Ackles’s portrayal of any version of himself; or in that case, of Dean Winchester.

I fell in love with the show as soon as I saw Ackles smoothly weave a series of emotions reserved to women. Sadness, agony, kindness, flirtatious coyness, and vulgar assertion all took a whole new level of mastery in this man’s hands. The greatest thing about how he portrayed Dean is the way a guy’s guy like Ackles; who started with the plausible 90s dreamboy quality of Leonardo DiCaprio’s fame and ended with the rough-edged, conservative, Southern upbringing boys will be boys blend- is how he manipulated audience into accepting subtlety as part of the sexual grandeur associated with the playboy archetype, which in turn would make the dough from which a whole new level of sexuality was born.

I think what drew us to Ackles –as a generation of horny TV fans, stuck in the blissful nostalgia of dreamy 90s boys and brainless American action heroes, yet unable to ignore the hyphenated, diverse hotties of the 2010s such as Idris Elba, Jason Momoa, Chris Hemsworth and Michael B. Jordan- was that there was nothing super macho, super testosterone-ish about him. When you watch the likes of Jason Momoa, Henry Cavill and the Hemsworth brothers, their sexiness and nudity restrictions are on par with a larger than life image: the big, naked guy. Even leading men like Bradley Cooper, Idris Alba and Ryan Gosling have all been in film, and the big screen treats sexuality differently, with little to leave to imagination and full frontal one item of clothing away from the rating system. With Ackles, there’s no doubting his conservativeness. He plays a promiscuous character very convincingly while keeping his clothes on most of the time. You have no doubt Dean Winchester is as playful, womanizing asshole on par with Don Draper, Hank Moody and Christian Troy yet do not get a full glimpse of that overtly sexual male power. He’s the TV version of Chris Evans, but he can really act!

Female fans flooded the Internet creating a powerful fandom like no other. In this gender-safe, sexual-safe zone where female fans could freely express their darkest sexual desires and fantasies, women’s requests for Dean Winchester strayed from the bizarre to downright creepy. Fans demanded that Dean be bound, tortured, abused emotionally, they even went as far as demand that Dean be raped, physically abused, be transformed into a woman, turn into an animal; whatever strangeness out of the sexual and perverse mind fans of Supernatural imagined it, using their favorite leads as stars of the morbid and the arousing; especially the every affluent Ackles, whose chameleon-like heteronormative sexuality bends the fine line between the masculine and the feminine, with beauty too ephemeral to be attached to a penis, and a deep voice, gruff tone too testosterone-ish to be associated with a vagina. His refusal to be nude –as well as his coyness in not commenting about it- gave the allure of the rare glimpses of his topless form a pleasure for the female –and queer male- voyeur.

There was nothing about Ackles, however, that screamed traditional sexy man on the block. He was humble, modest and very Southern, a thick accent obvious every time he opened his mouth, a shyness that kept retreating to the back of the camera whenever he was on stage as part of a fan convention or a fundraiser. Ackles was no modern day activist à la the rest of the celebrities around the globe, he did not publicly express his political views, he did not get involved in controversies, he did not address pressing issues such as gender and sexuality, he firmly resisted molding his character’s elusive sexuality as homosexual, preferring to play it safe –and also in accordance with his conservative views of sex and sexuality- and stick to the playboy persona.

Ackles’s sexuality is part of his identity both as an actor and as a persona in branding himself and subconsciously the show to which he owes his success. Ackles marketed his character as a tormented hero, an atheist who lives the day and practices carpe diem rather than institutionalized religion. While Ackles is a family man, one who carefully and tactfully plans his future and that of his children. He still lives in his hometown Texas and opened a bar that drives its success from his own show.

In a way, Jensen Ackles started his fandom relationship rather awkwardly, relying on his conservative background. Despite firmly resisting the queer gaze that targets his character Dean Winchester, Ackles succeeded in becoming the newest heartthrob in the queer community, attracting gays, lesbians and those who have no defined gender preference, in a way he intimated them; he was not like the LGBTIQ supporters in celebrityverse whose openness about the issues that the gay community faced were part of their brand personas, a means of assuring their fans that they are on their side and of showing the good side of being a celebrity in the modern world. Ackles, however, resorted to his old soul quality of not acting all modern-day activist gone acting. He may not be Lady Gaga, but the majority of his fanbase is queer, gay, lesbian and transsexual. Fan encounters of Ackles supporting his fans individually or one-on-one, encouraging them and supporting their choices leaves more than meets the eye to his persona as well as his sexual power. This is not merely a TV superstar but more of a power figure in the TV industry, which should –hopefully so- be reincarnated in edgier, more diverse works of art. 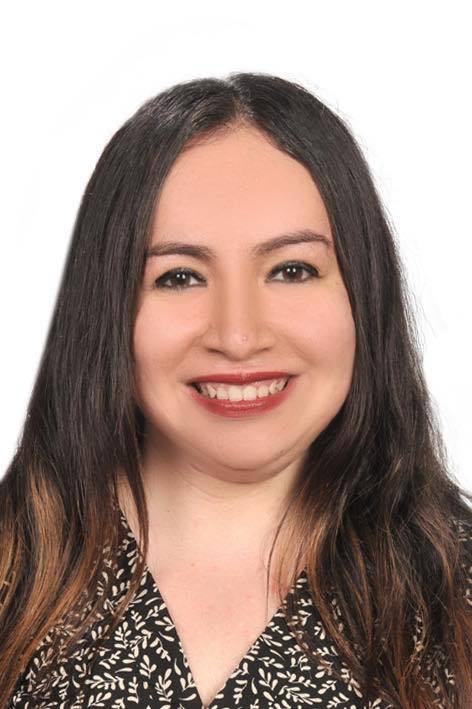