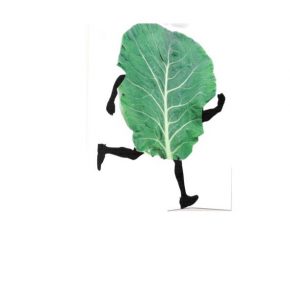 Hello, my family name is Green and I am the last Collard in town.

Life was good in my rich patch of dirt at the corner of Rice and Roux.  Every year I would defy the winter frost and blossom forth from spring into the fall. My leaves broke away from my sturdy spine in clean lines and the pot liquor I produced was always a soft pastel green, affirming my lack of bitterness. I felt unique, included and loved. After all, I was individually planted with a soft glove and closely cared for unlike my cousins who arrived chilled in paper bags festooned with big red letters.

I spent my growing days in the sun hanging out with my friends Turnip and Mustard.  And even though we were different varieties, we were all Greens and lived together in familial harmony. All Greens were welcomed to share the soil and flourish along with us.

Then one day, Mustard suddenly disappeared.  At first we thought the gophers had gotten to her.  But there was no tale- tale hole where she had been, just the smooth dry ground.  Turnip and I talked about it and soon realized that we had not been watered in several weeks and were slowly losing our ability to stand. Tiny flowers were beginning to bloom on our leaves, a sure sign we were heading back to seed.

Then the unthinkable happened.  Turnip disappeared and I was suddenly alone.

And then I saw them.  New sprouts beginning to emerge.  I was only able to stay alive from the trickles of water allowed by their stingy runoff.  As I slowly wilted, I watched them grow tall and strong.  Soon they covered the entire garden.

Their name was Kale.

Soon the Kales began to proliferate and within a few months, they had taken over.  They were not very friendly and just stared when they happened to look my way. But they were Greens just like me, so I just did not understand their attitude. It soon became clear that it was just a matter of time before my withering state would become critical.  I knew then I had to find another garden.

So I painfully uprooted myself and went in search of a friendlier place to plant. On the way, I was stopped by the Kaleforce Patrol.

One of the Kales had called them to report a Collard on the move in the neighborhood.

Do you know why we stopped you they asked.

No I do not I replied.

You are not the right shade of green and your leaves are not shaped like the others here, they snarled.   And you are all flowery and wilted.  Obviously you have not been watered or kept at the right controlled temperature and where is your O you are not from here are you?

I assured them I was.  From right up the street, I said.  Corner of Rice and Roux.

There are no such street names here anymore, they said.  We changed all that. You don’t even know the name of your corner. That just proves you don’t live here.

Look I don’t want to argue with you, I said, but it is you who are new here.  Not me.

They chuckled at that and asked me for my I.D.

It says here you are you are gluten-free but that is no longer enough to stay in this neighborhood, they spat.  Besides, your strong spine gives us pause and I mean, after all, you are not suitable for a smoothie or a wrap. But, the biggest issue with you is that you don’t have an O on your I.D.  Everyone here has an O.  Can’t be here without it and no one will let you get it.

What is this O you keep talking about? I asked.

They exchanged amused looks and replied, well Organic of course.

Listen, they said, since you are on your way out of here we will let you off with a warning this time.  But remember, if you try to come back, the cameras will catch you and we will have to take action.

Slowly and reluctantly I continued my trek.   I began to look for my relatives everywhere.  I looked for the paper bags with the red letters but none were to be found.  They had all been replaced by cloth with so many letters and colors I became dizzy.  I decided to see if I knew anyone in Dolly Stones or Entire Meals, but there was only Kale.  Not a Collard Green in sight.  I even went to the seed store.  It had been replaced by a shaved ice parlor.

Sadly, I realized that every patch of dirt had been taken over by Kale.  There was no space I could occupy without being asked why are you here who are you and then run off.  If not for my tears, I would have totally withered away. I continued my sad journey to find a new parcel where I could start over.

On my way out of town I passed Dan Dee Lyin’ heading in the opposite direction. He was dressed in a rainbow of colors crowned with a red top hat and a coat with trailing tails.  A bright light shone down on him as he glided down the sidewalk, dropping what looked like seeds as he strolled on. Naturally curious, I decided to use my last bit of reserve to follow him.  Dan Dee Lyin’ was slick as oil and he blew into the center of town with great fanfare and bluster, blasting soft rock, grinning, waving and passing out business cards.  Kale was so mesmerized by Dan Dee’s brightness and big talk they didn’t even notice me following a safe distance behind him.  Carried by the tailwind Dan Dee Lyin’ created with the tipping of his hat, I was able to settle into a plug of dirt stuck in the rain gutter of a tall building and watch what would happen next.

Dan Dee Lyin’ quickly drew Kale in with his alluring promises and soon he was holding forth at town hall meetings, churches, and parks; wherever Kale assembled.  Even though he wasn’t one of them, Kale liked what they were hearing and became convinced that Dan Dee had the answers to becoming totally safe from all things different and an even better life than they had ever imagined. So beguiling and so smooth, it wasn’t long before Dan Dee Lyin’ began to move his relatives in.  As the displacement grew, Kale would figure out that they had been duped and would begin a petition drive to get Dan Dee Lyin’ run out of town.  But by then, the Dan Dee Lyin’ family had taken root and nothing could stop them from spreading and spreading.

Dan Dee Lyin’ was on the move and it wouldn’t be long before he took over the entire town.  That is except for the small patch I now called home, which due to an undetected leak from a pipe in the roof, kept me watered and alive.   Since I was up high and Dan Dee Lyin’ and his family were mostly ground dwellers, they never looked up to notice me.

And so, as the last Collard Green, I watched as the mean cycle of exclusivity found Kale on the same walk I had taken out of town not so long before.

I watched as Dan Dee Lyin’ and his family crawled along the dirt and choked off the last of Kale until every vestige of their existence had been removed.

I watched as Dan Dee Lyin’ tipped his hat to the sky each morning to summon the wind.

I watched as the wind swirled so many thistles into the air they blocked out the sun.

And every afternoon, just before sundown, I felt the wind retreat and allow the sun to spread its light again, only to reveal a thorny field of useless, destructive weeds.