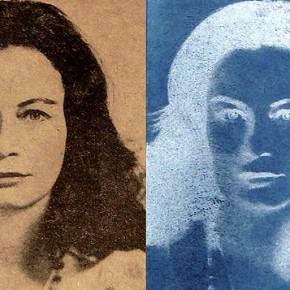 Volume 2: The Creation of Myself

There is a compulsive uneasiness to being a poet in the contemporary world. He (or she) has little place in a society that only respects makers of goods or providers of services that can “turn a profit.”

But poetry has little place in a market economy; neither the work itself nor any way of presenting it can make enough money to provide a poet with even a modest living, let alone anything like a fortune for himself or his publisher. And, as we all know by now, if your creativity can’t leverage you, at the very least, a few million in investments, with a hundred mill in loans, for the transparency of a billion in mid-term prospect (a modest enough ambition in the world of globalized twenty-first century capitalism), what real value does it have?

Because to be a poet in the modern world means knowingly and deliberately to choose a life of almost indecent poverty, or at best a tight little corner in the dwindling middle class doing something that does not deprive the poet of the time, energy and emotional and intellectual freedom to make the poetry that gives his life meaning. Poets keep the wolf from the door by doing something—anything—else.

In even the recent past, the respectable poverty of the poet was mitigated by respect, even fame: the poet was the voice of his people, of their hopes, loves, defeats, victories, during the great period of nationalism of the nineteenth and early twentieth centuries. The poet wrote his people’s love songs, laments, elegies, odes, satires, lampoons, manifestoes, gibes. People loved and admired their poets; they quoted favorite poems to themselves for pleasure and consolation. They found in poems the words they could not find for themselves.

But gradually much of that too has been lost. The contemporary poet is celebrated by a somewhat claustrophobic community almost entirely made up of fellow practitioners (which, as could be predicted, has its full complement of jealousy and backbiting, small-mindedness and pedantry) and academics in a self-protective ghetto of literati, but outside that is either entirely ignored, condescended to, especially in its populist manifestation as “spoken word,” or is slightly despised as precious, pretentious, obscurantist and self-serving.

At the same time, poetry retains the shadow of a profoundly ancient prestige. Despite the depradations of postmodernism and identity politics, we still honor the great poets of the past by teaching them (somewhat begrudgingly) in high schools and universities, and there is a flourishing subculture in academia, that land of ghosts and other avatars of irrelevance, a kind of greenhouse court or zoo where poets are kept alive as exotic and endangered specimens of dwindling aristocrats and evolutionary dead ends.

And classes for the writing of poetry flourish across the land: never has more poetry been written for more people who don’t care to read it. And open mics serve as sometimes useful group therapy sessions and laboratories for a possible resurrection of the apparently moribund poetic body. But we may be waiting a long time for that Lazarus to sweep his shroud from his tomb.

Poets take language, that thing the rest of us take as much for granted as fish the water they swim in, with an almost alarming seriousness, and they do so precisely when they play with it the most freely. Language is their toy, their dream, their faith; not only the expression of their selves, but the basis of their being, their bones and blood.

And as long as human beings use language (and pace theorists of the “singularity,” the automatic transmission of thought via brain RIFDs, etc., I suspect that will be for as long, or as briefly, as human beings exist), the poets among us will have an occult pride of place, even when that is not recognized: poets may or may not be the “unacknowledged legislators of the world,” but they certainly are the unacknowledged legislators of language, the masters and keepers of the word, in the pride of their poverty and the power of their weakness.

That poetry, even in our time, retains its old responsibility and its old faith is evinced by Keith Ekiss’s continuing gift to serious readers of his translation (with help from Sonia P. Ticas and Mauricio Espinoza), in handsome English, of the masterpiece of Costa Rica’s most significant modern poet, Eunice Odio, with the second volume of The Fire’s Journey.

Eunice Odio, who lived from 1919 until 1974, spent most of her life in Mexico City, which was at that time, along with Buenos Aires, one of the literary centers of Latin America. She published several volumes of poetry as well as essays and short fiction; her most important work being El tránsito de fuego, “The Fire’s Journey,” a monumental, yet gracefully and lightly borne, work about the creation and destiny of the poet.

Tavern Books is publishing the poem in four parts; the first part, “The Integration of the Parents,” came out several years ago; parts three and four are slated to appear in future. Part two can be read separately, though it ends with a strong thrust toward the future volumes.

Part two is divided into ten parts prefaced with a brief dialogue by three unnamed “voices” serving as an overture announcing the poem’s themes. The opening eight parts depict, through indirection, the gradual growth of the poet in the womb—the womb, that is, of “the verb” as much as of “the body”:

“I think myself, I cast myself in a hollow of shadow

from the highest contour of the blood

from the skin to the light entering through the dawn

from the shadow to the lips

climbing up through the syllable”

The embryo of the poet, “a curl thinking through the air,” floats in “nothing.” The “forehead” (the myth-embossed “brow” of the poet) appears in the amniotic sack, “the green eye,” a caul, an immersion in a bag of skin (“something seeks a way to my lips”); and then, in a burst of verbal pyrotechnics, the five senses form and “the great inescapable adventure begins”—the adventure of the senses, which is the adventure of the body and the brain, of sensation and thought and feeling and life, the magnificent and terrifying adventure of existence:

“the word that will bring not peace but war,

and will cause cry against cry

The word that will make the cupolas soar

and bloom on the tongue of the dead”

“I come from myself and to myself I’m going”

In part nine, the longest of the ten, the poet appears fully, paradoxically breaking apart into a complex of multiple personae including Ion (named with a bow to Plato and a possible wink at the electrically charged ions of physics; in the poem, Ion represents the poet’s emerging “self”), Daedalus, the artificer and a psychopomp, guide, debater, and warner for Ion in his rise from shapelessness to life and form, and a Chorus that comments and encourages the poet in his journey toward birth. And behind and around all of this is the Void, from which Ion has emerged and into which he is always in danger of slipping back:

“Only he whose word is an act of love

a movement in flames

shall subdue him [the Void]

I have confined him

I have held his cipher beneath slabs of fire”

Ion, Daedalus and the Chorus speak in a series of dialogues and commentaries, formatted in the book as in a script for an ancient Greek play, and as a literary enactment of the theme of birth and incarnation through the dialectic of purpose and being, language and existence.

Daedalus, as guide to the treacheries of being, gives Ion perpetual warnings:

“You are in danger …

you shall return annihilated words”

To which Ion responds, with a charming if callow heroism:

“I heard the Guardian

give me the word of his dream …

“With what time shall I delay myself? …

a living present, a simultaneous shadow”

And he makes the Gidean assertion, in all the pride of a poet’s sense of his own creative power:

“I have not come to enjoy what’s made

but to found unknown fruits”

Yet Ion struggles with inevitable uncertainties:

“I too am ignorant. I struggle with doubt.

Doubt is an insatiable permanence…

“Sleep not, sleep not, live in vigilance” (as Ion says, in stern warning to himself, three times in the book)

And he struggles up to the very moment of his entry into the world:

“Swim, swimmer who aimed your shouts at the mast.

Through blood and fire you entered yourself

by the throat’s passage”

And, extracted by the forceps of the word, Ion is born.

As the Chorus says:

“He is condemned not to perish,

never to rest. He is the agonist,

the one who walks forever …”

And with that statement of heroism at once sweeping yet brittle, volume two ends and whets our appetite for the next.

Christopher Bernard is author of The Rose Shipwreck: Poems and Photographs. He is also author of Dangerous Stories for Boys and the forthcoming novel Voyage to a Phantom City. He is co-editor of the webzine Caveat Lector.