The feast of St. Anthony only comes once a year.  I think it’s in the Fall, but can never remember exactly when.  One day the trucks pull up in the paved school yard carrying the scissor barrel ride, the swings, kiddy rides and a wild mouse.  Booths go up with spinning wheels painted with numbers that matched the numbers on the board table on the front of the booth where we bet the coins Monsignor Martin threw to us.  We scrambled for the pennies—if you were lucky you found a nickel.  It was really hard to concentrate on school work from then on.  We would be let out early that day—2 p.m.

Last night we finished the novena to Our Lady of Fatima—nine evenings of prayers and songs of devotion.  Today is the feast of St. Anthony of Padua—San Antonio do Padua.  Even though our parish is dedicated to All Saints (actually Our Lady of All Saints), St. Anthony is the patron saint.  I always thought he was Portuguese—San Diego (Saint Didacus) was.  So was San Luis Obispo—well, he was from the Iberian peninsula—that put him in the ball park, at least.  My mother told me that I have a good voice when we sing the hymns in Latin and Portuguese.  I sparkle with the compliment but really am already tasting pan con soupos and strawberry soda.  The festa will last three days—three days of rides, gambling and too much food.  That was our definition of ecstasy.

This year I’ve saved my money.  My sister saves everything she gets and writes it down in her little account book.  I’m perpetually broke.  Everyone knows that if I have any money, which is rare, all they have to do is ask me and I’ll “lend” it to them.  No one ever pays me back.  Everyone at school has more than I do.  I guess that’s why they don’t think it’s such a big deal to just forget about it.  I know that if I get stuck, I can ask either my sister or my cousin Ed to “lend” me money for this event.  The last day of the festa is the auction.  My mother has finally conceded that if I use my own money and win, I can have the animals that are always auctioned.

In magic, we watched him perform

The first generation to see the wonder

He sang out, on perfect pitch

No-one could steal his thunder

In this spirit so alive

Was the heartbeat of “The Jackson Five”

An audience of children responded

Giving him love, he had never known

Away from all the adoration

From where the audience sat transfixed

There was no guile, or clever trick

In his soulful songs, so alive

Here was the heartbeat of “The Jackson Five”

Watching him pour out his joy

On front and center stage

That his broken heart

Would fuel the fire of fear, and outrage

Years after the 10 year old’s

He knew he needed another look

He made a come-back

And a new generation

Asked him to sign his name in their book

In this new boy-man

As on air, so alive

Was the heartbeat of a new generation

Whose parents remembered “The Jackson Five”

He went on to dazzle

The children still adored him

When the media turned on him

And extortion took its toll

When crowds shirked away,

Loyal fans stood by him still

For they remembered that little boy

When the song inside him, came alive

For the song was the heartbeat of a nation

And a hope that love would survive

Cynthia Lamanna may be reached at cynthialamanna@yahoo.com and writes poetry and prose.

Performer focuses on independent musicians, unsigned and on small labels, and their DIY success. We’re dedicated to promoting lesser-known talent and being the first to introduce you to artists you should know about.

They won’t know the hours…

Of trial and prayer…

The long wait for winter…

They won’t give a care.

And see the sets…

Moved by the music

The fight for victory

They will see a baby…

It’s all about Him

An angel, a Savior

Their souls a flame with

Editor’s Note: Ms. Ledbetter is a classically trained musician who plays together with her husband in the orchestra of Broadway-style productions. Many full-scale Christmas pageants begin rehearsals in September and the cast and crew begin to consider the meaning of the holidays around early fall, as this poem conveys.

Patsy Ledbetter may be reached at patsyled@sbcglobal.net 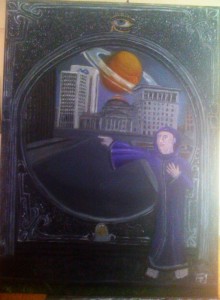 I have been an artist all my life, and I took it up again in 2001.
This last painting took a year.
Some of my  favorite artists include Dali, Rubens, A.O. Spare, Vermeer and Rembrandt , and Camile Pizzaro, to name a few.

You can see my portfolio and more of my work at  http://www.artmajeurcom/azoth

While I gesture in such minute ways
Taking notes, making comments
Your life is lived
So large

The club in your hand is in mine
Simply a pen, the bald spot on my head
For you is covered with strong hair

I am not impotent, but to live
A hero’s life as you do–
My heart would explode with tension

The creature, given the gift of expression
First draws the bars that kept it captive
In the same way, for the artist, it’s the empty shell,
The cage, the structure’s skeleton

I, too, have been guilty
As advice is cheap and beauty elusive
Of making a kind of vacuum
Music that is a hum of static, no more

When it came on the radio, then
I had this question– Is this
The program in fact, or did
The station suddenly lose power

In the old stories, even the Gods
Made mistakes. This time, there were no
Gods, only human judges– and I was
Rewarded a title of sorts, called
“Pithy”.

Back then, I measured success
With high school grades then college, planning
Ahead that far, no further,
However with some degree of intensity.

But you, M., wrote for the age
We were in, not for some sleepless future
Grad student. Your stories were
Impassioned yet restrained.

To really understand a poem, see
As it unfolds, how things change.
Similarly, I, with my small South Side
Apartment, and modest income

Thomas Park has been writing for many years. He studied English literature at Northwestern University in the early ‘nineties. At this time, Thomas enjoys writing and reading clear, thoughtful poems. He can be reached at: mystifiedthomas (at) gmail (dot) com. 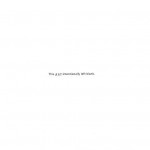 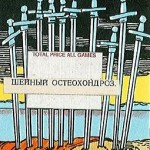 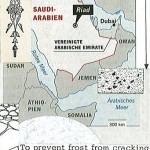 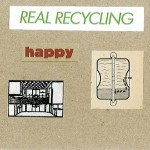 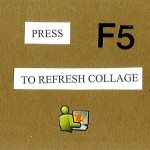 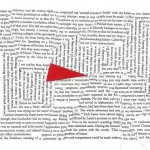 Born in some country that no longer exists, Landkee’s first years were spent in various classes; becoming, as one of his teachers liked to say, “all-around underdeveloped”. Teen years were spent in the Bay Area, partially forgetting one language and not fully acquiring the other. Taking few more foreign languages in high school didn’t help either. However, lack of linguistic ability didn’t deter Landkee from traveling; visiting, oddly enough, central parts of geographic regions or countries. Mostly interested in looking at art, ideas were penned up in deep consciousness until they burst out. Hence the explanation of artist’s collages: random, absurd or nonsensical.

Landkee on his work: I was doing a little bit of everything, but ended up with collages. When I see an image, sometimes I’ll have an idea how I want to use it – and if the original is not lost by the time I find a complementary image – I’ll create that. But most of the time I just create collages and ideas emerge out of them on their own.

Landkee’s collages are at http://www.landkee.com and all of them are available for purchase (unless stated otherwise.)