Growing Up Hollywood – A Snapshot of One Family’s Life 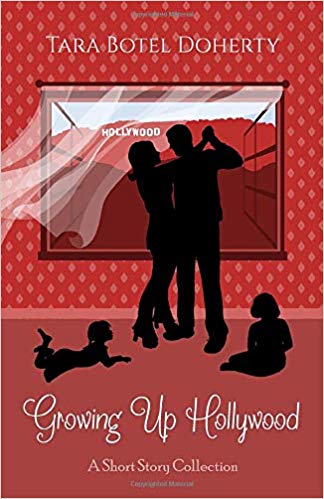 Growing Up Hollywood by Tara Botel Doherty is a collection of short stories based on the life of two young girls. The novel begins with a glimpse into the birth of a new family as we follow their mother Mia’s hopes and dreams. She meets their father and a whirlwind romance ensues. Soon, however, the rose-colored glasses come off and the reality of the family’s life is revealed.

Take a look at this book excerpt from Growing Up Hollywood:

“Once upon a time in Hollywood, I’m going to have a husband who loves me more than anything and a bunch of children who will be as graceful and beautiful as I am. We will live so high up in the Hollywood Hills that the palm trees will look like dandelions from our Olympus. My Prince will work in the studios and I will bring his cocktail out to the kidney shaped pool in our sprawling ranch style house where the growing Los Angeles skyline will appear to be just beyond our backyard. It will be that rare day when the smog has not attached itself to the civic center and the offshore winds are blowing. The perfect picture. We will be the white-boarded frame of perfection in our 1960’s snapshot. Post war. Post troubles. Post post.”

“Union Station ten minutes,” The conductor announced through the loudspeaker. She had finally arrived. The perfection of a downtown Los Angeles afternoon left Mia in the style of excitement that was reminiscent of innocent children on Christmas morning.

If you want to continue the story, you can find this novel on Amazon.

About Growing Up Hollywood:

Hollywood is the land of hopes, dreams, and make-believe. Anything can happen on its tarnished and run-down streets, especially on the Boulevard in the 1970’s. Annie and Gracie, sisters aged 7 and 10, live near the Boulevard in the Hollywood Hills. As their mother and father edge toward divorce, these two young girls try to make sense of their lives amid their domestic chaos. From the outside on their unfriendly, dead end street, the picture may look perfect, but pictures are often deceiving. Follow these two sisters’ adventures as they grow up among the famous Hollywood landmarks and learn about life and people.

Visit the Boulevard with its tacky and sometimes shady establishments, and the patrons who inhabit them. Meet the eccentrics looking for fame and fortune among the stars on the Hollywood Walk of Fame. This collection of short stories offers a picture of what it was like to grow up in legendary make-believe Hollywood. The snapshots are short vignettes recalling businesses that existed for decades along Hollywood Boulevard where its connection to its past glory still existed. This is Hollywood before gentrification and big business development.