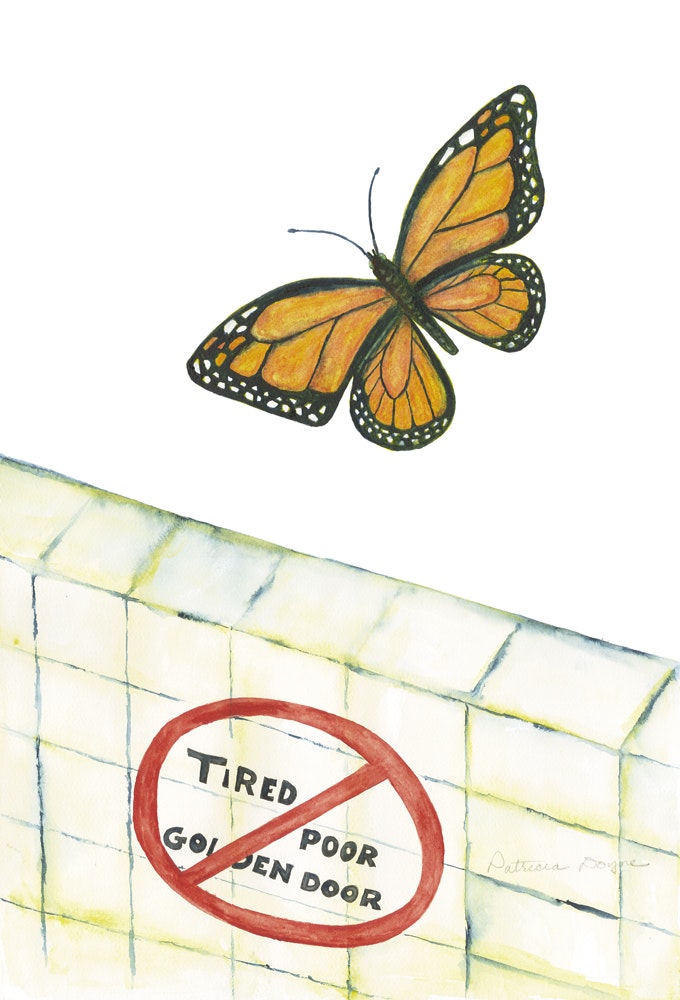 Been here a week or two.

they do not give us much food.

All night I am so hungry.

Bright lights all day, all night.

I do not sleep much.

Dirty cement is a cold bed.

I curl up next to little Diego,

to keep him warm.

But he has no diaper.

Sometimes he pees on us both.

He cries for his Mama.

He cries because he is hungry, too.

I hug him and pull bugs out of his hair.

Back home we had warm water.

We could wash with soap.

We had a blanket.

We had a toilet to use.

Abuela would brush my hair and braid it.

I was una nina.

Now I am Mamacita.

We ran away in the night

because the bad people were coming.

Maybe the bad people caught us.

Maybe that is why we are all here.

This cage is small.

There are so many on the floor,

I can not walk without tripping on an arm or leg.

We step around it.

When Diego is not looking, I cry a little, too.

Where did they go?

Poor Diego, he is just a baby.

And he is hungry.

With a scattering of gold nuggets:

To the tired, the poor, the wretched…

But there is no welcome:  instead,

Children are locked up with strangers

Lest their parents be drug lords or rapists.

Yet they come by the thousands.

Many workers fear for their jobs,

For when there are thousands,

Wages will be low.

Others fear for their bloodlines,

For when there are thousands,

Many simply do not want us

The wall in the mind is already built.

On the brown borderlands,

But at the slightest puff, the froth explodes—

Seeds come by the thousands….

The soldiers came at night.

Raped her 10 her old daughter.

Finished her off with a machete.

Turned towards the mother, but

there was a shout outside.  Shots.

A way of life. A life of fear.

No more!  Not much to pack.

The mother bundled her baby in a rebozo,

began walking.  A few joined her.

Nothing to lose.  Move on.

The mirage of a better life.

Out of the hills,

Hide when you hear a jeep.

Keep the sun over your shoulder.

Better life ahead:  a shared mirage.

In the rich country,

But there are factions.

How to bring them together?

Antichrists hiding in the ragged mob.

Sick with smallpox and leprosy.

Bringing our nightmares to life.

A shared mirage of terror.

The woman settles her baby on a sore hip.

She rests bleeding feet in a stream.

She hopes for better luck.

A thousand miles away,

If she manages to walk a few more weeks,

the woman will meet soldiers once again.

Tell the children not to play with rocks. 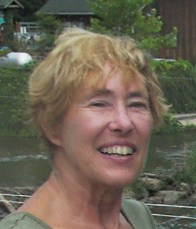 Pat Doyne was born and raised in Iowa, but has lived in Califonria for the past 50 years. She has written for newspapers, holds a MA in Creative Writing from SF State, and hangs out with the B Street Writers, a Hayward-based group.. She retired from teaching and spends her time painting  (see website sfbotanicalartists.com) and performing with Wadaiko, a Newark-based taiko group.  Reading the news and getting angry leads to poems such as those enclosed..