What the Survival Genre Teaches Us About Existential Horror

A strange crop has risen to prevalence among independent titles. While the return of the 2D platformer in the forms of Limbo or Braid was welcomed, their reign was short-lived. There was something that seemed all the more intriguing to the indie dev: the Survival/Crafting game.

Many would probably argue that it all started with Mojang’s Minecraft (2011). A stark and graphically crude game, Minecraft nonetheless wooed players with its robust ‘crafting’ system. A ‘crafting system’, of course, is essentially just what it sounds like. Knock down a tree for timber; use that timber and a nearby rock to cobble an ax together. Use that ax to fell trees faster and create even more tools.

While it sounds simple on the surface; it gets surprisingly deep. From smelting iron to make steel to getting some friends together to build a to-scale model of the starship Enterprise. 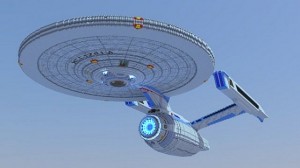 Y’know…you can actually get paid to design and build things in real life.

But there’s a bit more to Minecraft than whiling away the hours recreating the icons of your childhood or even a working computer. No, just as the game itself is an engine for creation; it also contains plenty of opportunity for ruin. All sorts of creatures like ‘Ghasts’ and ‘Creepers’ lurk in the shadows; just waiting to part you with your limbs and vital organs.

Following Minecraft have been a multitude of Crafting/Survival games such as Don’t Starve, This War of Mine, FarSky, Day Z, and Rust; these, among many others, require the player to use the environment around him to survive while pervasive terror lurks just at the periphery.

Neat concepts to be sure, but what does it have to do with narrative? Well consider some of the popular media that has appeared in recent years. AMC’s The Walking Dead (2010-Present) has remained on television for 6 seasons and, arguably, it’s a faithful rendering of the survival/crafting genre in TV form. Further, shows like Revolution, The 100, and The Last Ship also explore these apocalyptic themes and, by their existence, do much to illuminate what truly frightens us in the 21st Century. 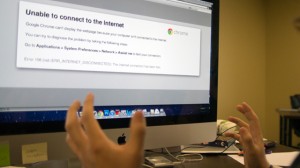 You see, developing survival skills in itself is a simple –albeit exacting- art. Yet if you were to ask the first Starbucks swilling soccer mom you encountered what the four priorities of survival were; it’s very likely she couldn’t answer you. In fact, it’s easy to imagine that even college educated adults would struggle to build a fire or simple structure without explicit instructions. And therein lies the fear –that existential terror.

The concern is that all the trappings of the first world are nothing more than a façade. 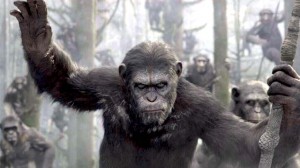 So easy, a monkey could do it.

This idea was best captured, I think, in the title Stranded Deep (in dev, no release date). The game begins with your character sipping a martini on a private jet. I honestly cannot think of a more apt metaphor for the comforts of 21st century living. Suddenly, a catastrophic hull breach forces the aircraft into the Pacific.

My character then awoke on an inflatable raft with a tiger shark circling menacingly. What occurred next would be very useful when writing a character in a survival scenario. I panicked. In my haste to collect the oar to paddle myself to safety; I accidentally pitched my character over the side of the life raft. Luckily, I was able to collect myself and paddle to safety but from that point on –at least for a while- I became paranoid; obsessively and greedily building tools for defense against more threats (real or imagined) rather than calming and applying Scout training to focus on my survival priorities (Water, food, heat, shelter). 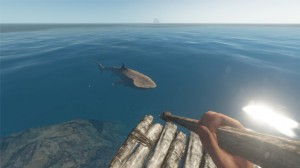 Needless to say, that character didn’t make it. In this example, we see that a cold and passionless attitude to survival; even in the face of mortal danger is infinitely more useful to a character that acting on instinct or emotion.

In Season 2, Episode 1 of AMC’s The Walking Dead, the group happens upon a buck and makes, perhaps, the worst decision it possibly can in that situation: it allows one of the children to approach the animal to pet it. While the notion of hunters in the area probably wouldn’t occur to most people, this was a foolish decision for several other reasons. First: spooking the deer means losing out on hundreds of pounds of meat; making foraging that much harder for everyone. Second: deer can be remarkably aggressive, and allowing a child to be gored by its antlers can do nothing but add to their problems.

What’s amusing is that this willful embracing of ‘innocence’ and ‘humanity’ is the cause for more problems for characters in survival series than solutions. In Revolution (2012-2014, TV) our heroes stumble across a cache of mustard gas; a perfect weapon to use against a literal army of enemies (that is, except, for its real-world 1%-2% lethality rate). However, by failing to deploy the weapon; their enemies were able to obtain an arsenal of mustard gas on their own and did not hesitate to deploy it against the protagonists. 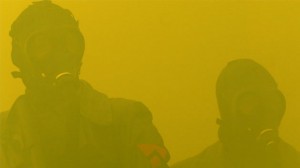 Oh, if only we could have seen this coming.

It may be understandable to want your characters to remain as identifiable as possible so as to not alienate your audience, but it is important to bear in mind that does not mean that you are forced to shroud your characters in suburban sensibilities and mores. Take Castaway (2000, Film) for instance. The ‘dramatic low’ of the film is when Hanks’ character looses a volley ball he named ‘Wilson’. Now in any other circumstance, a grown man weeping over the loss of a simple ball would be absurd, but in Castaway’s narrative; the audience remains sympathetic nonetheless.

The embracing of such psychosis, however, frightens us as well as entices us and, as authors, we must learn to play these opposite emotions against each other. In FarSky (2014), players are isolated deep beneath the surface of the ocean. In order to return; they must piece together their crippled submarine. However, danger is everywhere. If the player chooses, he may spend eternity in his underwater habitat. He may, perhaps, darting out on occasion to catch some fish; but nothing in particular compels him to accomplish his goals. 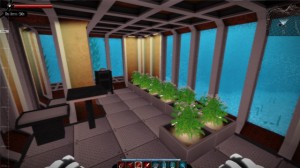 Yet there is a desire to face the danger; from the barracuda in the coral reefs to the kraken in the abyssal plains. This is the final piece of the puzzle to understanding the existential terror of survival horror. In a way, in a dark and secret place, there is a desire for the modern conveniences to fall away. There is a subconscious longing to test yourself against the horrors of the unknown; armed with only what your mind and willpower created. One must be seduced into becoming the master of his own domain.

As much as we admire ‘wanderer’ type characters like Mad Max and Eli, living the life of a nomad is tiresome and unfulfilling. Returning to Minecraft; this is why players are rarely content with merely crafting only what they need to fight monsters. Often they will embark on a ‘project’ to erect a grand structure or complex in spite of the hordes of monsters attempting to tear it down.

And so we see why the draw of the apocalypse is so compelling via success of the survival genre. In a sense we fear that our comfortable lives have made us ill-equipped to deal with the terrors of reality. We fear that it has made us chum for the sharks. 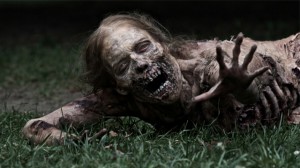 But we also can’t help but wonder if we might rise to the occasion. We wonder if, by our own gumption and creativity, we might fashion the raw material around us into a world worth living if we were only given the chance. It is the ultimate test of the human spirit: to have it all, lose it, and rebuild again.

So go start punching some trees. Who knows? It just might make you a better writer. 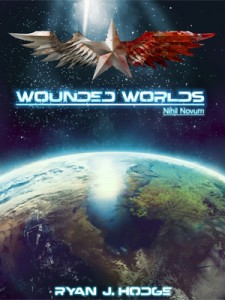