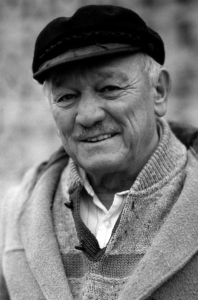 For almost five decades Ronald H. Bayes has wowed the world with poetry and with love of the arts and compassion for helping others get into print, founding St. Andrews University Press, Laurinburg, North Carolina, and becoming and holding the atmosphere for dozens and dozens of writers to read once a week at the St. Andrews Forum which he also founded: the roll call of writers is endless:

And this big book, with index, of his selected and collected, – what a beautiful life for one who lives for others to find themselves in his devoted arts. Fred Chappell: “Few poets have written so broadly and intensively of our modern culture as Ronald Bayes has done.” Betty Adcock: “Ron Bayes and his work have been our connection to schools of thought and poetry outside the south, as far away as Japan. A chief mentor and publisher of poets in North Carolina for decades, he is one of our treasures.” Jaki Shelton Green: “A perpetual feverish stimulation navigating extreme terrain and a resounding fate of the senses.”
Page after page, The Collected Poems reports Ronald H. Bayes’s words. Investigative, lyrically teeming with the politics of resonant symbols, the Bayesian artistry presents in minutest detail a poignant and intense emotional lingering, lyrical as hollyhocks forever blooming. To quote Fred Chappell again: “We owe him ebullient thanks.”
The books: Dust and Desire; History of the Turtle; The Casketmaker; Porpoise; King of August; Tokyo Annex; A Beast in View; Guises: A Laurinburg Litany; Fram, and more. They are all in The Collected Poems.
Ronald H. Bayes is, has been – outfront, making new worlds for word-lovers. Every entry in The Collected Poems shows that he is on his own, always experimental, carrying on out of his love of Black Mountain writers and artists and Pound and more, giving his own beautifully aesthetic songs of emotions moving freely in and out of the music of his lines. In Fram, he presents his life as a boy in Umapine, Oregon; the Bayesian vision and the lyrical dazzle never falls into word-games and pun-puns.
Bayes investigates, referring to inner experiences and outer; yet what comes through the references to things outside the page is the feeling and the singing. “Home” (from Fram) this bit: “I think / think of the years and long light and the end of light.” His every syllable buoys longing and feeling. And he keeps the images moving: “A matter of toward. / A matter of affirmative through.”
His poetry is always ready for us to enjoy and to read ourselves into its making. Joseph Bathanti: