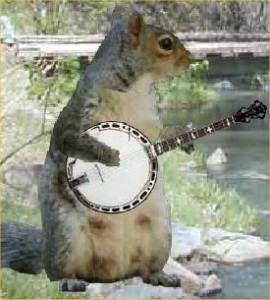 The way our eyes met, and then, instead of quickly finding something- anything- to look at to ease the discomfort of unexpected human interaction, my eyes froze. They darted down a bit to the nose and then a quick swing around the eyebrows but they never left her face.

They dipped down to the lips.

A sudden rush of memories that had nothing to do with these particular lips came nevertheless. I wonder how much of those memories played across my crazy-person face as I fought to look away.

She looked like someone I once knew but there was no way to explain that to her without risking a good macing. I was already firmly in weirdo territory, no reason to push my luck.

I walked to a nearby bench and plopped down to collect myself. I could feel her eyes on me.

She was there with a child that I could only assume was hers based on her body language.

She was younger than the person she would look to be like today. She looked like she did when she was the person I was remembering. She she she. Obviously this wasn’t just any she.

You always think about riding past the old house to see how things look all these years later but the truth is that the little tree out front is now a big tree, and its roots have grown up under the sidewalk and pushed it all out of shape and made it uneven. And even a simple ride past now is treacherous.

So when I sat on the bench I tried not to look at her but, as treacherous as it might have been, I wanted a quick look.

It might have been her, if time had frozen. It was uncanny. I didn’t think people could look so much alike. How she did her hair. How she moved. The jeans she wore. The shoes.

She even doted on her son like I’d always imagined she would have.

Ok, it was a long look and for some reason I got the impression that while she was aware that I was watching her while trying not to look like I was watching her, she was alright with it. I would have looked just the same but it was nice of her not to run screaming.

Eventually you loaded up her son into the minivan and left and that was the same minivan I saw pull up the next day at the same time.

I was now circling the house on my metaphorical bike complete with the nostalgic baseball cards in the tires and the emoting banana seat.

It wasn’t until the third day that I walked up to explain myself … as best I could. While I worried I might come off a bit creepy, she said it explained a lot.

She said she liked it. She liked finding out what little stories are going on in other people’s heads.

We met every day after that for a week.

Her husband traveled internationally and was gone much more than he was at home. Even when he was home. The tree out front was growing but he wasn’t paying much attention to the sidewalk.

She had started her own business and it seemed to be flourishing. It took me three days to find out exactly what it was. She didn’t want to tell me because she was afraid I would laugh. I told her I wouldn’t.

She explained that after that video of a squirrel waterskiing went viral, everyone who owned a squirrel wanted to have it learn to water ski. She had a big pool out back anyway so … she was a water skiing instructor for squirrels and other small mammals.

I laughed because that was something that could have helped me to picture the girl she originally reminded me of. The last I heard, she was a fencing instructor for disabled and mentally handicapped children. That was a long time ago.

The tree out front had no doubt grown plenty since then.

So now I knew one more little story in one more pretty head, but even as I talked to my new acquaintance, I knew I was only there because of who she looked like.

I could have her become her. Or vice versa.

Or I could continue down the street and leave the house behind once and for all.

Sinking back into the banana seat and feeling the wind in my hair, I peddled as fast as I could and never looked back.

Looking back on it now, she probably thought it was because she was a water skiing instructor for squirrels.

Lance Manion is the author of four humorous short story collections; Merciful Flush, Results May Vary, The Ball Washer and his latest, Homo sayswhaticus. He blogs daily on his website www.lancemanion.com and frequently contributes to many online fiction sites.