One Night in the Shadow of Bliss 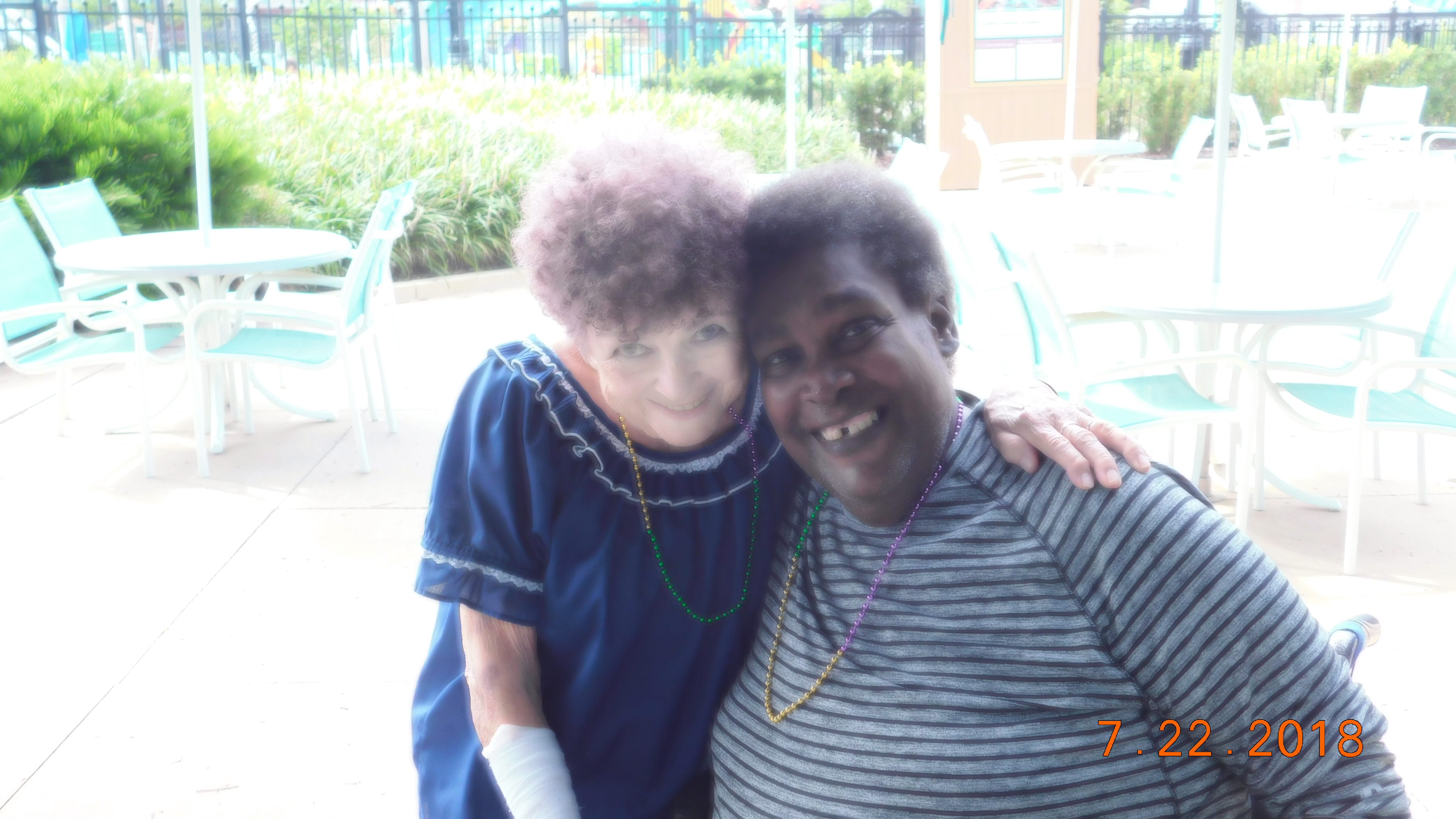 Lace bra and underpants covered her body, as she stood, in front of the mirror, her eyes were strong. Her pupils opened wide filling with moist tears. Her memories returned to the night when the moon was full when the stars were bright in the night skies, she saw a glimmer of life. The smell of sweetness remained in the air while there was darkness reflecting from her heart. She wanted to leave those thoughts behind and accept warmth of a man’s touch. It was more than his touch, it was her life she began to remember her past which was painful. The following morning her emotions would be raw. However, for now it would be safe to be a woman in love, to feel the sensations of womanhood. She would forget the painful past for those hours with him.

The gentleness between them was electrifying with foreplay. Holding her close to his body, kissing her from the top of body gently, and quietly moving his fingers across her lips. She laid there with her eyes closed enjoying the moment. He touched her breast with his fingers playing with her pierced nipples between his fingers. She knew what would be next because they had always made love with his lips replacing his fingers on the left nipple. The earring in her navel made his touch even more exciting to her.

She began to moan, breathing deeply. Her skin was smooth, and his tongue covered her stomach the movement of his lips and tongue made her cry as she had several orgasms. She was in a state of total surrender to his every touch. Knowing that her pierced clitoris would be next. Her pubic hair was soft from the wetness of his tongue. He didn’t mind kissing her vagina. He loved the fluid of her body mixed with his saliva leaving a tart taste. It was always like this when they had intercourse. He would wrap his arms around her midsection holding her tight enough that the sweat between them united.

She loved being this close to someone that made love feel love for herself in this manner. Certain that he would always be gentle and sensitive to her sexuality. It was not being fucked like with the others. It wasn’t that kind of relationship between them. He wanted to satisfy her to make her feel love and connected to him. He wanted her to feel like she and he was more than a one-night stand and each time he was determined to express his desire to be the only man she would ever want to be with. She loved him so she gave herself to him without hesitation.

Touching his eyelids slightly with her manicured red fingernails with her open palm she closed his eyes. Her lips were soft and full. She touched his nipples with her lips biting the hardened nipples of his. He would shake with excitement, as she moves down his body, slowly with intense she made him moan. She gentle climbed on top of him and for what was a moment of ecstasy both had an orgasm together. A quiet moan which gave her gratification knowing he was fulfilled by her.

He was the one man she gives herself totally and he knew it by the way she made him feel and respond to her gentleness. The street lights pierced through the closed curtains reflecting the soft powder blue color of the them. She saw his reflection as she stood with glazed eyes watching him. Her brown eyes did not reflect life but rather despair. She quietly put on her red skin-tight dress. Lying on the dresser was an envelope with payment for the night encounter. The light in the corridor was a shock to her eyes. Her red heels were lost in the thickness of the carpet in the hallway. She returned to the corner in which she worked and waited for her next customer knowing she was loved in a world of pain.