Shelby Stephenson’s review of poet Hilda Downer gives us our month’s theme, ‘cruel, sweet beauty,’ when describing Downer’s use of language. Her words and turns of phrase are at once lovely and tragic because they give readers a taste for more but do not last long enough.

Other contributors show us more visceral and literal cruelty. James Sussman’s novel The Final Factor: Duty, which describes an attempted political infiltration and takeover of the United States government, reviewed here by Bruce Roberts, uses graphic scenes of torture to illustrate the violence that all too often results when we do not place limits on human and institutional power. Giorgio Borroni’s novel Autumn in Horror also includes a torture scene, this time involving supernatural elements. The nearly universal feelings of fear and pain give a sense of reality to this fantastical piece, allowing readers to empathize with the characters and drawing them into the scene.

Ryan Hodge, in his monthly Play/Write column, uses the art form of video games to explore how and why societies give value to objects and ideas as matters of faith. Group ‘faith’ holds a society together and can serve as a protective mechanism, ensuring that values essential to survival get carried on from generation to generation.

Some of the vehicles societies use to convey and preserve these ideas are art, literature and poetry. Saddiq Dzukogi presents poetic images mixed with fear, grief and love. He suggests in his first piece that by working through the ‘curse’ of fear and acting out of love we can experience life on a whole new level, where experiences that seemed ugly and out of reach become beautiful and possible. His second piece explores the murky mess of loss, where happy memories of the departed person mingle with the pain of their departure.

Essayist Glamortramp gives us a mostly upbeat travel diary from his time at the Oregon Country Fair. Yet, interspersed between the amusing anecdotes of hiking, camping, people watching and outdoor window shopping, we see hints of emerging commercialism at the festival when he mentions the rows of trinkets he can’t afford, and a brief critique of how the trendy-cool image can substitute for meaningful activism, at least within some alternative subcultures that have developed their own internal version of mainstream thought.

Tony Longshanks LeTigre contributes a poem about being somewhat of a rebel who comes around and appreciates the fun and meaning behind traditions such as Independence Day fireworks. He decides to give ‘mainstream’ activities a chance rather than simply assuming he won’t like them and finds himself enjoying the night.

Joan Beebe reminisces about participating in local theater productions in an essay that is much more sweet than cruel. And Oakland’s Chabot Space and Science Center hosted two science lectures this summer, as reviewed by Cristina Deptula. Lawrence Berkeley National Laboratory researchers Deepti Tanjore and Ning Sun discussed advances in biofuel technology that promise to make these eco-friendly fuels more efficient to produce on a commercial scale and Chabot Space and Science Center’s own volunteer docent Joel Thomas gave a historical view of the importance of astronomical observations for navigation and our basic understanding of how our universe works.

Also, our colleague in Portugal, poet and software developer Rui Carvalho, hosts a poetry contest on his blog and invites all writers to participate. Our magazine staff will provide editorial expertise to judge this competition and provide free writing coaching to the runners-up.

Prize-giving will be by the end of October 2015 using the web and the website where the results will be displayed.

No entry fee and Rui offers his first book of poetry, Tales for Love, to all who enter the contest. 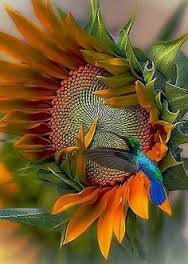 A Moment in Time by John Kolenberg. Used with permission, image may be ordered here: http://fineartamerica.com/featured/a-moment-in-time-john-kolenberg.html