Welcome, readers, to the new calendar year. For many of us, in the Northern hemisphere, this is winter, a time of dark, murky beginnings, which fits with this month’s theme, Through a Glass, Darkly.

The Biblical verse refers to our limited knowledge about matters beyond current human comprehension, to being aware when we don’t fully understand something.

Contributions this month address various aspects of life beyond our immediate grasp.

John Chisoba Vincent’s poetry, strident against injustice in his home country, also includes a poetic search for solace, comfort and protection. J.J. Campbell explores with dark, morbid humor the gap between the glorious life to which the speaker aspires and his actual life, where he’s hung over, alone, and stuffed with too many chicken wings. Mahbub creates poems where speakers reach beyond themselves, considering lost or unattainable loves and natural life that will outlast them after death.  Luna Acorcha’s speaker looks at someone from the outside with great admiration.

Heroism, as shown by the protagonists in the books Elizabeth Hughes reviews in her monthly Book Periscope, involves courage, perseverance and dedication on behalf of some distant goal. The children in Juna Jinsei’s The Essence of Neverland, a sequel to Peter Pan, chosen for character traits they add to the cause, help to patch up the fantasy kingdom after Peter’s death. The inadvertent adventurer in Gary Helzer’s Where Losers Live, Heroes Die, the boxer Jack Dempsey, memorialized in Thomas Brennan’s Million Dollar Man, and the stuffed rabbit Bun Bun, whose stalwart patience gets rewarded when her four-year-old human eventually finds her, all strive to achieve goals.

Lola Noir’s poems are more concrete, as she illustrates the seasons through tactile sensations of clothing and temperature. However, she also touches on experiences beyond the immediate, particularly in her poem ‘Sad Girl,’ where a lonely person from a rough background identifies with different social movements while living her individual life. She’s specifically rendered enough to be an individual character, yet, especially since she’s unnamed and addressed in lower case, universal enough to represent many people.

Nostalgia can also pull us beyond our present surroundings, as we see in Lauren Ainslie’s poem, at once a lament about growing up and a fanciful piece about the impetuous energy of childhood. Kaia Hobson’s pieces also address similar themes, with their more traditional evocations of childhood and the joy found in indulging in favorite activities.

Christopher Bernard also contributes a modern nativity, which we published before Christmas but now link here.

Please enjoy reaching for the light of meaning through this issue. We hope that the submissions bring warmth to cheer your winter months. 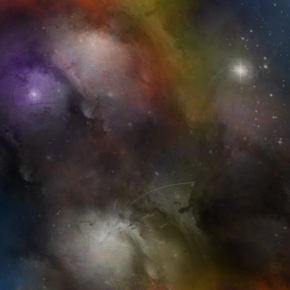