Welcome to another month’s issue – and Happy Father’s Day to those who wish to celebrate!

This month, the submissions hone in on a particular slice of life: a social group or subculture, or an intense experience, or a singular line of thought. The creators then draw broader observations using that as a starting point.

We begin with Janine Canan’s piece, which invites us to awaken to the experience of life, to become fully present and compassionate.

In her monthly Book Periscope column, Elizabeth Hughes shares three novels that bring us to colorful new worlds while urging us to look inward as well. Joe Klingler’s action thriller RATS explores the lingering consequences of war and the landmines and trauma left behind. William Jefferson’s Messages from Estillyen offers a sanctuary for characters and readers, a forested enclave where monks illuminate old manuscripts, time slows down and people can think. Adam Brown’s Astral Dawn transports readers to a fantastical realm, where good must be defended from camouflaged, vividly terrifying embodiments of evil, into which we can transform when we choose negative thoughts and behavior.

Ayokunle Adeleye, in his monthly column Minding Your Own Business, and his essay “Youths, Save Nigeria,” looks once again at how character and wisdom can guide our personal and commercial ventures. He encourages us to start while young, or bring the purpose and energy of youth to our goals and enterprises.

Several Georgia Southern students bring academic analysis to American subcultures, creating formal social science essays about people who could live next door to them. Moon McCroskey gets to know visiting international students at her university, while Mary Dunaway samples the world of Latin dance. Andrew Perry describes the hidden universe of software engineers, and Chris Kerrigan feels for the beat of hip hop dance. Eleanor Ferrara puts her hand to the keyboard for a game of League of Legends, a popular online roleplaying game, while Anne de Lua sneaks across campus to avoid zombies hiding in plain sight during a round of extreme tag. Kayleigh Hunter visits an elementary school to job-shadow a teacher for a day, and interviews her about what she likes, and doesn’t appreciate, about the classroom.

The topics of some of these essays seem earnest but whimsical, yet hidden meaning lies beneath the descriptions. Anne de Lua points out that Humans vs Zombies: Extreme Tag reminds us not to stop living, even in the face of small and large dangers, and Mary Dunaway and Chris Kerrigan comment on the balance of curiosity and respect necessary to enter into others’ cultures and activities. Eleanor Ferrara looks into concerns about gender and harassment as a female entering a stereotypically male space, and is pleased to find a polite and welcoming environment. Moon McCroskey and Andrew Perry uncover plenty of practicalities driving the decisions people make, in the tech and the educational world. Each essay contributes something to a larger question, of how to create spaces that are both safe and open, where curious newcomers and diverse participants can be accepted, yet the unique character of the space and its culture can remain.

Kayleigh Hunter finds teachers who care about their jobs and students, but who struggle when kids and others disrespect them, and when they end up having to take on roles that others in society used to play, and are not supported in that. Pauline Pang, an immigrant to the USA from Shanghai, also looks into teaching and learning, and the awkwardness that can ensue with changing roles. Her essay is more hopeful overall, but brings up the alienation she felt in China and in the USA, as she never completely fit either culture.

Jordan Taylor writes extensively about her father’s funeral, using the event as a starting point to portray a complex man who drank too much and made plenty of mistakes, but who also stayed married for nearly sixty years and created distinctive memories with his children. The piece conveys how the father and his family journeyed together towards redemption and forgiveness.

Elsie Augustave’s novel The Roving Tree, as reviewed by Susan Maciak, also highlights the strong pull of heritage, whether personal or cultural. The heroine, a young woman of Haitian descent adopted by an American family, finds herself seeking her complex past through volunteer work and personal growth.

Susan Maciak’s own work, Add to Your Edge: 12 Ways to Excel in the 21st Century, focuses on our own ability to take initiative and shape our own destinies. We are influenced by our pasts, but still retain some level of ability to differentiate ourselves as individuals by choosing our own actions and attitudes.

A scattering of poetic selections look deeply into events, and slices of life. John Grey shows us the precarious excitement of a duck hunt, climbing the Rockies by car, and following the call of creativity. John Wesick offers a blend of cleverness, nostalgia and subtle ennui, gently lamenting the departure of aging actresses from the screen, non-wealthy people from San Francisco, and his weekends on Sunday nights.

Stephen Prime peers into a conflicted and complex relationship. Then, he looks at the precarious balance between possessing confidence in ourselves and in our ability to live on through building legacies greater than our own lives, and avoiding hubris so great that we literally outshine the stars with our vanity. Christa Ward’s work crystallizes a moment of intense emotion, where we can empathize with the physical sensations of her speaker even without knowing the situation. Peter Jacob Streitz illustrates an imperfect, broken man enjoying a moment of intimacy, then gives a commentary on the ugliness and classlessness of racism.

John Middlebrook looks at the experience, aural, aesthetic and visceral, of words and paintings, and then imagines a comforting, embryonic realm of silence inside a black hole. In a similar vein, Christopher Bernard elucidates the details of Ivan Arguelles’ new work Ars Poetica, describing how this modern poet can draw upon the finer points of traditional writing craft while still expressing original ideas and personal emotions.

Thank you for taking the time to savor this issue and become aware of the worlds and ideas evoked by small groups and single moments. Many thoughts to ponder lie within the pages of this issue. 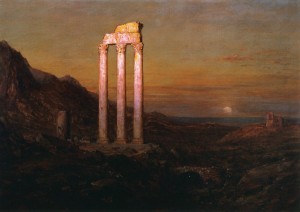