The only constant is change, continuing change, inevitable change, that is the dominant factor in society today. No sensible decision can be made any longer without taking into account not only the world as it is, but the world as it will be.
— Isaac Asimov

As this month’s writers remind us, not all changes are positive, voluntary, or desired.

G.X. Chen’s novel Forget Me Not: A Love Story Of The East, reviewed here by Fran Laniado, illustrates the turmoil and repression of the Chinese Cultural Revolution. Her novel poses the question of how and whether we can preserve our relationships and sense of self, as well as our lives, in the face of institutions determined to alter and redefine us.

The recent book and movie The Monuments Men, as reviewed by Bruce Roberts, showcases the work of a special crew tasked during World War II with the retrieval and protection of historical artifacts Hitler intended to destroy. National governments deemed culture important enough to risk lives to save, on behalf of future generations. Or because those instances of beauty, decency, and creative thought reminded them of what they were fighting to preserve.

Christopher Bernard points to the magnitude of the destruction greed and materialism can wreak on the planet and its inhabitants. In his poem, no species survives the violence we inflict, to relieve not our anger, but our boredom. This social critique itself becomes the means through which anything can be preserved.

In a much less serious vein, Kimi Little’s short story “The Three Billy Pigs Gruff” presents clever animals who outwit the larger forces threatening them, as ‘personified’ by a big, bad wolf. The pigs wish to improve their lives by building larger houses across the river, and so work together to be able to make this change.

Anita Cox’ sensual novel The Beginning, reviewed here by Sarah Melton, depicts a young woman figuring herself out after a divorce. No one would compare her to a genocide or eco-cide survivor, but she, also, takes action and makes choices when life confronts her with unplanned circumstances.

Tunisian writer Ali Znaidi offers up a study in contrasts, presenting a lively desert next to a depiction of nothingness. Unlike the common view of the desert as barren, he portrays a landscape full of all sorts of life, perhaps stronger due to their struggle to survive in the harsh environment.

Znaidi’s final poem reminds readers that people often carry within them a multitude of contradictions. When we, ourselves, are complex, it seems improbable to expect consistency and stability from the external environment.

Tony Longshanks le Tigre’s poem relates a childhood experience of visiting a natural history museum, and the wonder engendered by fossils and remnants of extinct animals. Life, in some form or another, has survived and adapted through so many cataclysmic events, so perhaps strength and resilience are part of our natures.

Ryan Hodge’s science fiction book Wounded Worlds: Nihil Novum, reviewed by Elizabeth Hughes in her monthly Book Periscope column, explores the various responses societies and individuals may have to the clash of interplanetary civilizations. Some choose to go to war against invading aliens, others simply become defeated, while others seek to adapt.

Changing oneself, or becoming flexible, in the face of new circumstances does not have to represent surrender or weakness. At times, the strategy may empower people to survive while preserving as much as possible of what they most value.

Walter Jack Savage contributes some colorful, complex artwork to this confluence of ruminations on revolution, survival, preservation and evolution.

While some changes are unpleasant and forced on us, others can be launching pads for creativity and new hope. We wish you a pleasant read through the thought and imagination reflected in this month’s issue.

Announcement: For those in or near the San Francisco Bay Area, our magazine’s spring reception will take place the evening of Thursday, March 6th, 6-9 pm at SF’s Cafe Boheme, 3318 24th st. in the Mission District. All welcome, please feel free to bring writing to share, books to sell, artwork to show off, or requests for partners, coauthors, volunteers, editors etc. We will hear book excerpts from guest readers Charles Ayres (Impossibly Glamorous), Joe Klingler (Mash Up and RATS), and Ryan Hodge (Wounded Worlds) as well as learn about how to virtually mentor writers in Afghanistan, from a guest speaker from the Afghan Women’s Writing Project (http://www.awwproject.org) 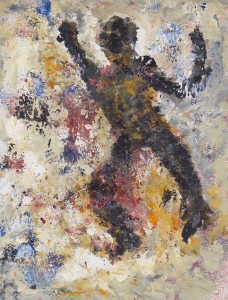 Walter Savage’s At First, No One Listened