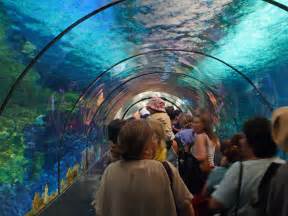 Synchronized Chaos’ May theme is Close Encounters. While we won’t find any alien life in our issue, we do see many pieces that look into the different ways that we respond when we interact with others. Or into the clash or blend of cultures, ideas, art forms, landscapes or words.

Joan Beebe gives us a pleasant ode to music, showing us the joy of encountering and playing the piano after a long absence from the instrument. And she reflects on inner peace she found despite a scary medical experience.

Lil Snott presents a juxtaposition of photographic art and words, combining poetry and images of old and iconic music albums.

Vijay Nair celebrates the on-screen magnificence of a film star and the craft of playing characters and creating a celebrity personality as a form of performance art in itself.

J.D. DeHart presents an essay on interpreting poetry by finding things in the text we understand and can relate to, rather than imposing a meaning from the outside. He discusses avenues by which we can begin to understand poems.

Cristina Deptula explains the reasons behind and mechanisms for producing ‘vegan cheese’ (cheese where the proteins come from yeast rather than animal milk) as a crowd funded citizen science project at a laboratory open to the public. The researchers’ goals are to make food science and genetic research accessible to more people.

Sometimes we encounter other beings and the initial response is mutual confusion, fear, or offense. In Elizabeth Hughes’ Book Periscope column, both Ana in Fifty Shades of Grey and Melanie in Small Persons with Wings meet and interact with people very much unlike themselves to their mutual annoyance. It takes years and many later interactions for them to understand each other.

When it comes to encounters with authority figures, that kind of understanding can come through trust in the legitimate guidance of those one respects.

Mahbub demonstrates submission to authority: to his father while he was a boy, then later on to his boss, using language and concepts many rarely hear outside of perhaps a religious context.

Yet, his respect and obedience is selective, not slavish. In another piece he decries the powerlessness of ordinary people, with a speaker who compares himself and others to soccer balls kicked around by the uncaring who see life as a sport with the goal of enriching themselves.

Dave Douglas’ poem also reflects the choice to submit to authority, divine authority in this case. His speaker allows himself to have his entire identity re-made so that he can have a life of relationship with and service to God rather than the selfishness and pride that has alienated him.

Other pieces explore the ramifications of encounters among social groups, and of people trying to live within society.

J.K. Durick presents poems of complication. Elderly bodies which cannot do everything that people would like, airport security regulations that get in the way of people having a good time for free, penalties for nonviolent wrongdoing that everyone considers good and only fair until they experience them themselves.

Christopher Bernard reviews the theater show Overnight at Oakland’s Flight Deck, a modern Jack and the Beanstalk tale relevant to our concerns over gentrification, urban development and technological progress.

Donal Mahoney’s piece relates his experience as a social services caseworker, when he failed to acknowledge the social realities his unemployed African-American client faced. Here he was the authority, well-meaning but limited in his understanding, and humored by those he served because he was part of the system that delivered needed services.

Randle Pink further elaborates on the very real effects of social barriers and informal prejudices. He discusses the struggles of transgender people to be accepted and treated with respect, and the phenomenon of imposter syndrome, where members of minority groups internalize the prejudice against them and feel like ‘imposters’ undeserving of the accomplishments they earn. He also points to the problematic nature of respectability politics, where minorities enforce classism and other prejudices of the mainstream society in their own communities in an effort to get some of their members accepted.

Sometimes the ‘others’ we encounter are other versions of ourselves.

Mike Zone gives us a time travel story where the hero encounters a past version of himself while attempting to eliminate the man involved with his wife. Even with the guidance of his ‘old friend,’ he cannot find a potential future universe where he lives happily with his wife without a rival, so he kills himself to resolve the philosophical dilemma.

Mark Murphy gives us poetics of isolation and alienation. Why and how do we keep loving when our feelings aren’t returned, when we have to wait endlessly for someone, when we’re lost in the miniscule traffic jams below the cathedrals of life? Maybe we do just because of who we are, because we are creatures who love and relate to others and try to connect with the larger whole because that is what keeps us going, from feeling completely insignificant.

Laurie Byro’s lush pieces, drenched in the color of vast Southwestern landscapes, evoke vague feelings of awe, dread and inevitability. Her speakers embrace their wildness, their elemental, amoral, natural and enduring, self-preserving sides, whether as humans or other creatures.

Michael Robinson’s speaker finds himself haunted by his past, overcome by memories of a past rape as he tries to get close to his lover. His later pieces illustrate loss of privacy in a mental institution and ultimately ends on a note of gentle affection.

Allison Grayhurst gives us a long sequence of poems accompanied by audio recordings where an ancient and brutal king dies during violent betrayal, then gets reborn to a new awareness of himself, then to humble stewardship and appreciation of a creek, then eventually to love and marriage as a regular person.

His transformation reflects the learning and growth that we hope creative writing of all sorts can inspire. With that in mind, we invite you to read and thoughtfully consider this issue. 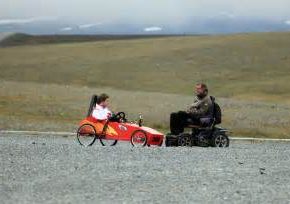