Welcome, readers, to June’s issue of Synchronized Chaos Magazine. This month welcomes a cast of contributors who probe the boundaries between their surroundings and their imagination, between what is and what they fancy, dream, hope or fear could be.

Diona Dorr’s short story presents a character who turns to violence when her vision of the perfect future is shattered. Cassandra Gauthier’s poem laments the milestones her speaker’s troubled grandfather could have shared with her.

Chika Onyenezi’s poetry collection begins with a subconscious nightmare, then moves to a surrealistic celebration of married love and teenage romance.

Donal Mahoney describes the process of submitting one’s creative writing to literary magazines decades ago before the word processor or the Internet. He’s nostalgic for old-fashioned courtesy, but not for piles of self-addressed stamped envelopes!

Joan Beebe’s poetry also conveys sweet remembrances of the days of the friendly milkman and ragman. She also reminds us that there are different kinds of families and that those of us with loving, close ones should appreciate them.

H.R. Creel’s poetry portrays a man at the top of his world in his imagination in a Walter Mitty-esque fantasy during his ordinary home life.  Angelica Fuse comments on identity, as her speakers assert who they are, work to find themselves, or simply can’t help being who they are.

Ridley Flock’s poem comments wistfully at the animal strength which humans had in our evolutionary heritage and perhaps psychological memory. J.D. DeHart’s work takes the animal concept farther, giving a series of vignettes where an ordinary office worker transforms into his animal namesake, a ram. As in Kafka’s short story ‘Metamorphosis,’ the change is playful and more notable to readers than to the people surrounding the protagonist.

Christopher Bernard reviews San Francisco’s Opera Parallele’s production of The Lighthouse, a modern opera that relates a dark tale of death at sea and also of the evil within humanity. The production seems to have skillfully combined the accessibility of more contemporary music and settings with the philosophical content and organization of traditional opera.

Patty Lesser’s novel The Perfect Hand illustrates how friendship and loyalty can empower people to hold onto their humanity and identities in a complex futuristic society with little individual freedom or privacy.  Holly Sisson also reviews another of Patty Lesser’s novels, Devouring Time, in which the characters become more authentic over time and able to have genuinely caring relationships. The characters grow into better versions of themselves.

We hope this issue will inspire thoughts of creativity and fancy within the real world where we all find ourselves. 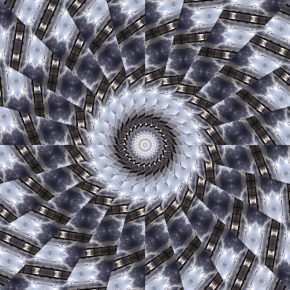 it doesn’t ring a bell

a pair of dead eyes

rapping on my soul

your song is an

yet I am thinking

END_OF_DOCUMENT_TOKEN_TO_BE_REPLACED

The Missing Link- A review of novel Devouring Time by Patty Lesser. 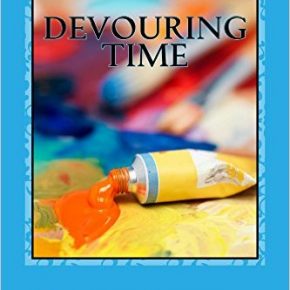 Devouring Time steeps its readers right from liftoff in the delightful dilemma of nuanced character development between the regular Joe Schmoe and the sophisticated gentleman during a conversation had out of convenience and social politeness. The juxtaposition Patty has woven between these two becomes a question for the reader of what personality feels more relatable. A brilliant way to bring the reader right into the psyche and a story that unfolds with a few unexpected twists.

In fact, this novel spends a great deal of its prose on the development of the characters as they all become suspects in the mystery that unravels just predictably enough to keep the reader both engaged and on the edge of his or her seat.

END_OF_DOCUMENT_TOKEN_TO_BE_REPLACED

Curvanna, her name slid off of his lips, smooth like melted butter. His pulse sped up while his body reacted to the biological working of his manhood. “Dammit!” he cried out. The voices in his head began to taunt and laugh hysterically, causing him to have shortness of breath. As he stared at the screen he couldn’t resist the beautiful woman before him. Curvanna displayed velvet smooth milk chocolate skin, the ride of her hips curved like a winding road, almond-shaped dark eyes, and lips full; the perfect shades of pink and brown. In his world her very essence was forbidden. She was the serpent, he was Eve. The thought of wrapping his tongue around her swollen clit, made him salivate. The voices in his head responded with “It’s just one night. Your wife, your kids, no one would have to know”. He leaned back in his chair, as his temple started to pulsate. He sat up abruptly, yearning to stare Curvanna face to face, he couldn’t put his finger on it, but her soul was dark, as if she had lost herself. He had to get to closer, closer to HER…

Curvanna stood still, covered in her emerald green silk robe, staring out the glass window. Looking down from her classic yet chic styled condo, onto the city. Her thoughts began to eat away at her mind. “Clayton, he was tall, fair-skinned, and warming. The way his smile met his high unforgiving cheekbones, and the touch of his textured hair was enough to make her heart melt.” They had met at the tender age of 16. A pure love it was.” Curvanna punched the glass with a solid thud,and soon after  wiped her hand hard on the glass staining it with her pain. Letting out a cynical laugh, she started up the matte black winding stair case. Each footstep in sync with her heartbeat, she made it to the top, turning on her heels, and took a slow right. Feeling enraged, she stared at the door no more than arm’s length away as her knees buckled, and she stumbled to the floor. Her chest heaving, a single tear surpassed the corner of her right eye. “I’m doing this for you,” she whispered. Standing up with one hand over her stomach, Curvanna left a kiss of endearment on the door. She knew what she had to do and who to do it for. As she slipped on the white dress she said, “White looks amazing with red.” It had an opening that traveled down to the small of her back, the bust area lined with jewels to draw the eye toward her breasts. As her natural curly-coily hair fell down her shoulders she looked in the mirror while simultaneously lightly touching her chest. “I’ve been in the military for a few years now, you’re the core of my existence, and I want to make you my wife!” Clayton’s words stung like a bee in the womb of a rose. She walked over to her closet and pulled down a red velvet box with a lock attached. She hid the key inside the panel of her bathroom wall. Hastily unlocking the box she pulled out a Glock 22, suppressor attached. She kissed the gun with the same endearment as the door and made her way to her client.

END_OF_DOCUMENT_TOKEN_TO_BE_REPLACED

Back Then and Write Now

When I began writing in 1960, there were no website “magazines.” Print journals were the only place to have poems published. Writers used typewriters, carbon paper, a white potion to cover up mistakes and “snail mail” to prepare and submit poems for publication. Monday through Friday I’d work at my day job. Weekends I’d spend writing and revising poems. Revising poems took more time than writing them and that is still the case today, decades later.

On Monday morning on the way to work, I’d sometimes mail as many as 14 envelopes to university journals and “little magazines,” as the latter were then called. Some university journals are still with us. Some are published in print only and others have begun the inevitable transformation by appearing in print and simultaneously on the web.

“Little magazines,” especially those published in print without a presence on the web, are rare in 2012. One might say, however, that their format has been reincarnated in hundreds of website publications that vary in design, content and frequency of publication. Depending on the site, new poems can appear daily, weekly, monthly, quarterly, semi-annually or annually. For many writers, these websites are a godsend. Some “serious” writers, however, still feel that a poem has not been “published” until it has appeared on paper.

END_OF_DOCUMENT_TOKEN_TO_BE_REPLACED

Mad King
a mad king sits on his high
horse, remote control
in hand
his castle smells of feet
and old milk
his reign an endless one
of terror until his wife
doesn’t answer from the
polka dot bedroom.
Road Map
I’ve got a road map
to the stars
Going to meet a famous
person or two
Maybe one of them
will offer to marry me
and we will walk on celluloid
A forever fantasy life.

END_OF_DOCUMENT_TOKEN_TO_BE_REPLACED

You Were Supposed To Be Watching

You were supposed to be watching

As I draped the black robe onto my shoulders

And placed the square cap onto my head.

You draped yourself into a bar chair

And placed your hand around a cup

You were supposed to be watching

As I walked across a green field

And sat down on a hard chair.

You walked across the black parking lot

And sat down on a soft car seat.