No One Wears Orange Except the Accused and Pumpkins

Who are you to judge me?

The presiding judge over the district court,

His lawyer stared at him.

He knew his lawyer.

And with formalities over,

it was back to the business

END_OF_DOCUMENT_TOKEN_TO_BE_REPLACED

A pool of darkness. To himself and his neighbors. A weeping willow above it, dragging its whip-like branches across the surface in the afternoon breeze. The little stone springhouse at the edge of the woods where they kept the cream sodas, the Oranginas, the cokes. The light gurgling of the spring over the rocks as it entered the pool. The olive green scum off toward the far side, where the tall reeds started in a dark green screen. The sound of a dragonfly darting past his ear, then the sight of it hovering over the pool, its whirring transparent wings, its delicately pulsing body as thin as a small, black finger; then it darts off.

The sense that a world of busyness is happening all around him, a hidden universe of intense, purposeful activity, from the grasses to the leaves, from the worms boring through the mud to the beetles and flies, to the lizards and snakes, to the squirrels, to the birds flashing in and out of the trees, to the little shifts of air, zephyrs, breezes, to the wind and the sky, to the clouds, the clouds, the clouds, those little worlds of chaos, to the sun, the unseen moon, the silent mob of stars behind the blank, opaque blue—in the apparent stillness, an endless busyness, motion endlessly rich, constant birth, constant renewal, an infinity of novel and strange and oddly beautiful forms, a panorama, a spectacle of beings he was, in effect, and maybe even in fact, blessed with witnessing and living among. A formation of fighters thunders across the sky.

One day an ant decides that all of creation has been made for it and it alone—from its creation myth in a clump of eggs in the corner of a damp tree stump, its growth, scrambling over its myriads of cousins, into maturity, its dramatic adventures scurrying over the forest floor, its toilsome existence dragging pieces of dead leaves and beetle husks into the darkness of its anthill, and its heroic destiny as an ant-angel squeaking hosannas to an ant-god in a heaven full of fellow insects—and it toils at growing its anthill and ant society to ever greater heights and to ever greater glory, to prove its grand dreams were justified, that nothing is too good for it or for its fellow ants, and that the rest of nature exists to support it, and will be, if need be, sacrificed to its interests, its survival, pleasures, whims. That ant, in its little soul and clever brain, has even invented a weapon that, implausibly enough, could destroy not only its own anthill, and all other anthills in the world, in one fell swoop, but the entire forest, the county, state, nation—life on earth itself. Such a clever ant! Such a mighty ant! And it might do that one day, just to show it can. It’s just that smart, and on a bad day, just that mad.

She said nothing for a very long time.

END_OF_DOCUMENT_TOKEN_TO_BE_REPLACED 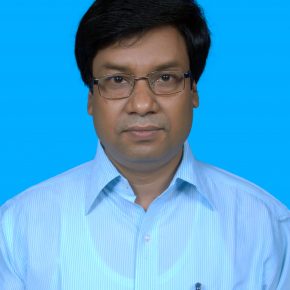 I am vacant, fully

If you are absent from me

Firing inside and outside at the same scale

How can I breathe?

O my love, be advance and permit to taste the apple

And refill my heart

I am fully vacant

If you are not with me.

END_OF_DOCUMENT_TOKEN_TO_BE_REPLACED

they are only expecting crazy
the joy of
being the
creepy old
fuck sitting
alone
scribbling
in a notebook
looking
disinterested
in the world
when they are
only expecting
crazy, you can
get away with
so much more
imagine if i
cared enough
to try

END_OF_DOCUMENT_TOKEN_TO_BE_REPLACED

Slipping Through the Zones 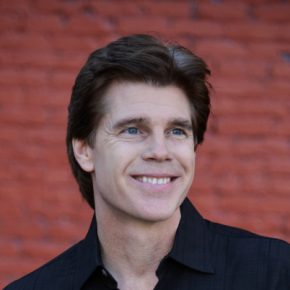 I make my way through security

by having nothing at all

so x-ray me to the codes

even those are forgeries

I hide behind pillars of Guanine

guards can’t see among the caravans

as young Adens trick you into chains

leaves chattering about their lottery numbers

as wind blows them down the street

Miescher has declared this a no fly zone

and with Frank and James it doesn’t take

a Holmes to unlock that crick in the neck

as a radiant fury waiting to be born

so I cruise the ergodic outposts

where a congregation of vapors sigh

against all likelihood and odds

laying gifts at the infant feet

in story of triumph disguised as defeat

END_OF_DOCUMENT_TOKEN_TO_BE_REPLACED

ABANDONED MALLS
Weeds grow unchecked
Where young feet once played
Laces tucked in shoes
Beneath the light of summer sun
Out of date football jersey’s
Mix with gravel and smashed glass
Signalling the end of time
Cracks swallow memories whole
Burying first dates
Kisses
The timorous holding of hands
Something great once stood here
On these barren lands
Where a city buzzed with action
Saw movies
Whiled away their days
The mall
Like youth itself
Succumbs to the passing of time
Both are empty husks of themselves now
It will soon be time
For the rats
To take
Control.

END_OF_DOCUMENT_TOKEN_TO_BE_REPLACED

Sleep as if You are Secretly Loved
O ordinary star
how far have you dropped
toward sleeping things
and no one noticed
the rage in you
until it was burning in their back yard
are you keeping score, wooden
and woke / the upstairs
a mess
your mind won’t free you
say a thing is only a thing
and that it has not yet killed you
oh, but it will
the rooms’ softest light  —
kindling
how a hundred years
will change
only the fact
that you are no longer here
among the living
and everything
every single goddamn thing
still hurting
still peeling the meta from your ordinary glowing
that we only
had more time
to know
what the hell it is we’re doing
here
on the dark floor  —
unkind, dangerous
you say the universe
is withheld love
I say she is a killer
and we move in her
like dust
from untouched drawers
followed / hunted
clear cut, no evidence
no kindness,
what word would even do here?