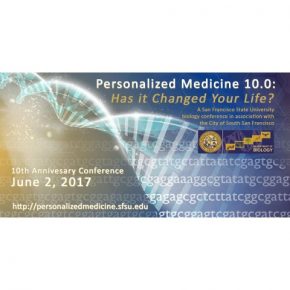 Afterwards, the biology students at San Francisco State University showed off the posters related to their research while we enjoyed a sumptuous reception. Given what I saw at the conference, the next generation of science seems to be proceeding well and in good hands.