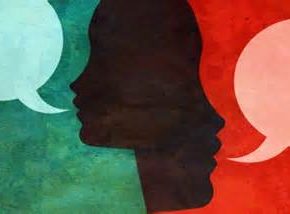 “Stories have to be told or they die, and when they die, we can’t remember who we are or why we’re here.”
― Sue Monk Kidd, The Secret Life of Bees

“It’s like everyone tells a story about themselves inside their own head. Always. All the time. That story makes you what you are. We build ourselves out of that story.”
― Patrick Rothfuss, The Name of the Wind

We are all storytellers, as we all narrate our worlds to ourselves to make sense of our experience.

J.D. DeHart plays with fantasy and reality in a set of fun, readable pieces inspired by Greek myths, fairy tales, leaping dolphins and swordfish. He wonders whether imagined characters could handle real life, and simultaneously whether reality enters the realm of legend when it becomes a memory only shared by some. As the last piece points out, one does not need to go farther than a simple trip outdoors to grasp that the human experience is not the only vantage point from which to experience reality.

Mahbub illustrates the visceral way we experience the emotions associated with the cycle of life – fear, romantic love, grief, disappointment and creativity. His speakers blur the line between real and psychological experience.

Gale Acuff recollects the kind of disjointed, fanciful ramblings we experience during childhood. Joan Beebe also speaks from a sincere yet imaginative, although more mature, perspective about friendship, creativity and the foibles of sleepy humans.

J.J. Campbell’s poetic speakers seem to suggest that one might as well dissipate into insanity and addiction, as the supposedly normal lives around us are likely fake.

Christopher Bernard’s novel Amor I Kaos, excerpted here, relates the tension between sheer despair over the world’s evils and the strength and hope needed to continue loving someone. Vijay Nair brings us along on a journey of romance that is modest physically yet expansive on a spiritual, psychological level.

Alyssa Trivett shows us non-sentimental glimpses of everyday life in the American heartland – cars, headache medicine, drugstores, railroad tracks, coffee cups and the open road. Kahlil Crawford shares a side of Vermont that even many Americans rarely see: the rural areas with farms, pickup trucks and generations of Italians descended from immigrants who struggled to get established in a new land.

Allison Grayhurst contributes a wide variety of poems that together comment on the cycle of life for human and other beings: love, childhood, grief, extinction.

Rick Hartwell also finds connections between the human world and that of other species, with little vignettes from nature and a thoughtful piece on spirituality and Buddhism. Donal Mahoney honors his father’s latent Catholic spirituality, recollecting how he called for a priest even before a doctor after a serious accident.

Sofia Benbahmed recollects the attitude shift that helped her overcome anorexia, how she reinterpreted her relationship with her body. Michael Robinson also shares a tale of survival, making it through the cumulative effects of a lifetime’s exposure to violence with the help of his wife at the time.

Keith Landrum criticizes nationalism and war fervor, a narrative that he believes has overtaken his country’s imagination. Jeff Rasley advocates for civil dialogue, rather than battle, across the political spectrum.

Akinmade Abayomi Zeal brings conflict down to the interpersonal level, describing a once-loving relationship that has been broken by unresolved disputes and anger.

J.D. DeHart also reviews poet Evelyn Blohm’s new collection Central Park Rhapsody and Oasis, a work which reflects on the solace that can be found in nature and describes the world with gentleness.

Laurie Byro reviews Christopher Bernard’s collection Chien Lunatique, mentioning the delicacy and skill of the poet’s craft as well as the emotional and intellectual levels on which Bernard’s writing can engage readers.

And, finally, J.K. Durick reviews Dale Wiley’s novel The Intern, looking into both the tale of political intrigue and suspense and how the author developed the tale of his young protagonist.

We encourage you to interact with the storytellers here by leaving comments and asking questions about their pieces.