to them, he is the only guy in town.

Yes he is: the red guy, with the

red car and on red light

and because he is red, he is hot

i warned them pherhaps,

he could be pepper red

now John is gone with

they said am the coolest guy

yet red is the colour of love.

END_OF_DOCUMENT_TOKEN_TO_BE_REPLACED

Wake to find the world is white
(better late than never)
Campus closed
(first bottle of wine)
One somewhat dissatisfying cigar
One relationship broken by phone
Fine cheese and greasy good chicken
(second bottle of wine)
Shy sky blushing blood at the magic below
Several bad movies including one that’s so bad it’s SO GOOD
Artistic blockage and a dash of depression for which the cure is indolent hedonism
Stories of Zana, a Russian ape-woman of the 19th century who wasn’t terribly bright but had incredible upper body strength and a penchant for adult grapejuice
(third bottle of wine)
Resolve to read the complete works of Shakespeare this year
Tuna fried in olive oil and garlic with ginger on top
“They should move Christmas one month ahead to January if they want to keep having white Christmases,” I said
or maybe you said
(fourth bottle of wine)
And then around 9 p.m. the too-good-to-be-true news:
Tomorrow is a snow day too

END_OF_DOCUMENT_TOKEN_TO_BE_REPLACED

Xavier Dolan and Revolutionizing Sexuality on the Big Screen 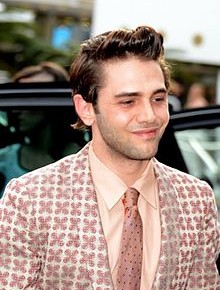 Being a film critic you are granted many privileges that most people can’t have access to, including early screenings for films that haven’t been in cinemas yet or ones that won’t find a market in your home country.

One of the films I had the pleasure of watching was Mommy, the crazy creation by Canadian director and actor Xavier Dolan, who was 25 years old by the time he made it. Nobody had the privilege of watching any of Dolan’s five features that he has made so far in Egypt, save for “Mommy” which people watched late in 2015.

Not only is he incredibly young for such depth in analyzing human emotions and depicting them onscreen, but he has also shared the Jury Prize at Cannes Film Festival with — wait for it — the great Jean-Luc Godard!

That being said, the guy has balls. And talent!

Ever since Mommy I’ve been tracking down Xavier Dolan and every film that he directed. Today after watching J’ai tué ma Mère (I Killed my Mother) — his first feature and the last Dolan film on my plate — I can safely say I have formed a critical idea on his world as a director and an artist. As a cinephile and a feminist, my reasons for reveling in the Dolan experience would be as follows.

END_OF_DOCUMENT_TOKEN_TO_BE_REPLACED 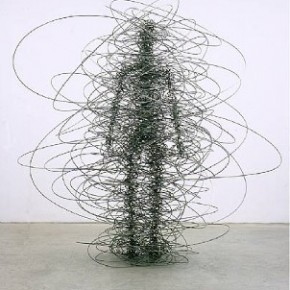 From the Nottingham Autism Research Team

“Who needs atheists?” he said. “ ‘We
do not believe in God’? Well, I
don’t b’lieve in your blessed humanity.
The sooner humans are wiped out,
the sooner the rest of us can rot
in peace.”

I was intrigued, if startled. Cool,
he looked, rational, serene.
He smiled wanly. But it was no joke
to him, I could see. Nor did he preen

himself on his intellect or heart,
his courage to face the monstrous worst.
“We are, to put it bluntly,
the condign damnable Nazis of the earth,
her Kozentrationlagers’ kommandants,
her curse.” He looked grimly
around at the rumpled bustling street.

END_OF_DOCUMENT_TOKEN_TO_BE_REPLACED

Gamboling on a Fixed Deck

flexor bets
a paradiddle conundrum
no wallet left
for reflex

a
datum (Latin teacher
breach what is: seizures

a tendon cleft above rapprochement

a matter of glucose wandering its own pattern

but
always a joker
to play

END_OF_DOCUMENT_TOKEN_TO_BE_REPLACED

On a trip to Pyeongtaek, South Korea, visiting my grandchildren and daughter for the winter holidays comes this blog story:

It came upon a winter’s day. Snow! My first snow living in snow country. The billowy flakes blew around in pillowy drifts. With so much excitement, I felt like a kid on my first adventure in the snow. Being warm inside the house watching the flurries like tiny popcorn float down and cover everything in white is one thing. Heading out in the cold is another. Bundling up to go outside to play is a process of patience.

On the first day, Miranda, Baby Nathaniel and I went for a snow walk. The excitement of my first snow was so refreshing: breathing in the cold air and exhaling frost mist. When Aurora and Francesca came home from preschool, Nate and I stayed inside protected from the cold, while the girls played in the snow wearing their mittens, snow bibs, jackets, hats and scarves. I watched from the window with warmth in my heart, witnessing mother and daughters joyously playing in the cold snow.

On the second day, two adults, two toddlers and one baby ventured outside for a snow picnic. The bundling process again and I’m always the last one ready. The girls were on an adventure to find snow beans. Lola, my grandma name, carried the snow food and a bulky canister of holiday popcorn. The Korean Cultural Center was a short distance down the country road and we walked along frozen and melting snow through the neighborhood with houses scattered amongst frozen rice paddies.

Everywhere you looked was draped in white. At the Center, we set up under an awning with our blanket. The snow beans, a bag of holiday mint M & M’s, were found after mom had flung them over the previously green lawn and we ate our picnic snacks. No one sat down because of the cold and because of the lure of expansive snow available to make fresh tracks: Irresistible! I couldn’t stop running around and trying to make snow hearts with my boots. The Center had holiday music playing and I couldn’t have been happier dancing in the snow while the tiny flakes descended upon my face. After gleaning the perfect icicle, I was surprised to find the icy treat was sharp where I pierced my tongue.

“Could this be the perfect murder weapon?” That was my daughter’s input.

While the exhilaration of my first snow was rejuvenating, snow excitement runs it’s course. First, the snow gets dirty and melts into black ice which makes walking difficult because of the fear of finding my rump in a heap of snow or worse in a puddle of muddy freezing water. Then, as the snowing stops it starts to melt making even more mud. The next day, when the sun had come out I began to wonder if the snow had all been a dream, with little reminders of the fun we’d had the day before.

No worries for me. I’m in South Korea until January and the hope that I’ll get my first White Christmas will be a dream come true.

Leticia Garcia Bradford performs around the SF East Bay at open mics and readings. She finds herself a poet, a playwright and a pharmacy techinician. She is the founder of the B Street Writers Collective in Hayward, CA. To find out if she got her White Christmas check out her My New Adventure Blog at leticiagarciabradford.blogspot.com. Leticia’s Blog at lgbradford.blogspot.com has her poems and other stories.

In an unbroken circle

A pledge of everlasting love

To the end of time

A circle can become tarnished

Through all the years

But it remains unbroken

Because the memories of those

Words that were spoken so long ago

I love you with all my heart

And the ring remains as

A circle of love.