“Good is the enemy of great”
—Jean-Paul Sartre 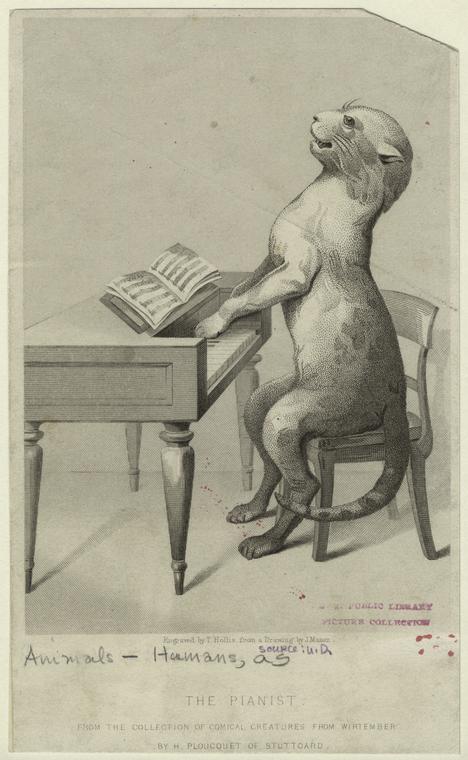 Grüße, Lieblinge. This is your new editor, Tony LongShanks LeTigre addressing you over the PA system. (Which we are in the process of making over — give us a little more time on that, but as you may note, the process has begun.)

Right after I finish this editorial letter for the May 2016 issue of Synchronized Chaos, I’m going out of town for a couple weeks to celebrate Beltane with the radical faeries in southern Oregon. I told this to a guy I volunteer with earlier & he got a funny face & said something along the lines of, “A bunch of white kids calling themselves neopagans as they party in the woods — how precious.” Rather than press the issue, he added, “The one that bugs me is when people mis-use the word ‘shaman.'”

“No,” he said, laugh-growling. “It isn’t.” And told me something about the accurate definition of shaman that I’ve already forgotten. Did it originate in Africa, or the Middle-east? Ancient Egypt?

“Then again, the cool thing about language is the way it all gets mixed up & blends together & so it evolves over time, just like people,” I added.

At the end of our shift together, the same guy handed me a five-dollar tip. “Just take it, don’t say anything.”

The theme for this issue is “herding cats,” because I have to be honest with you: it’s taken me a week or so to compose this letter & go through all the submissions, & I’m currently in a spot (gorgeous alpine valley in southern Oregon) where the WiFi connection is janky & there’s a lot going on that you don’t get to do in the city—I just helped dig out last year’s Maypole in preparation for a magic ritual tomorrow night—so I don’t have as much time online as I would like. Please forgive me for dialing it in a bit with comments on the material & the theme. It’s basically code for “I couldn’t (or didn’t have time to) think of a proper theme.”

Christopher Bernard reviews two short stories staged by Word for Word theater group in San Francisco, which “saves the best for first,” & deals with repressed westerners who discover libertine pleasures in a cultural setting foreign to them (the Orient), also raising issues of privacy that are more relevant (or more irrelevant?) now than ever before in human history.

Poetry reigns supreme in this month’s submissions, to be sure. JD DeHart examines the mechanisms of human hatred & intolerance “(“claws buried beneath a veneer of civility or class”) & the profusion & formal variety of language.

Nate Maye gives us a series of short poems observing the way that small acts of creativity seem to disappear into infinity (in “Blink”), & “an object of adulation that is sick in the head” (in “Doll”).

Angelica Fuse offers a quintet of poems on the escape of a cave woman from prehistoric marital tyranny, eating popcorn in a movie theater with “wandering fingers in the dark / that I kept endlessly at bay”, & a second poem about a doll that asks the ultimate (& ultimately impotent) existential question “what I would be / if I were given / life over again.”

Poems by Michael Robinson expressing determination and romantic love. “I grew up on the wrong side of the tracks / but not today” “My soul longs to touch your breast”

A droll and charming poem by Joan Beebe titled “Night Sounds” – cat on a piano, sounds in the night that scare us.

Joan also contributes another piece, “The Passage of Time” describing the cyclical seasons of the year. Her work brings to mind Douglas Hofstadter’s book Godel, Escher, Bach, which discusses infinite series: “And so the chase continues on and on for the rest of eternity, with Achilles never quite catching the tortoise.”

Poems by Alan Inman on the incessant human need to loudly assert our existence even when we have nothing really to say, perhaps as a way of warding off fear of mortality.

Essay by McKenzie Snyder about their father’s brain aneurysm that includes this powerful quote: “His mouth tries desperately to signal to his brain what he wants to say, but his brain denies him. Betrays him. The strongest man I ever knew is lying weak, damaged and disabled.”

Poems by Patrick Ward evoking a sense of loneliness and disconnection. Ward illustrates various ways that people can become alienated, through our own attitudes or through the loss of significant relationships.

Poem by myself criticizing capitalism.

Will Somers contributes a poem, “Blue-eyed Wraith”, in which he describes being drawn toward someone alluring but perilous.

Finally we have an essay by A. Iwasa, my comrade from the radical Berkeley newspaper the Slingshot, who gives us an excerpt from a longer work titled “the Transcendental Hobo,” concerning the momentous occasion of the first violent protest he took part in, against capitalism. The critique of capitalism is present as well—in poems by Astra Papachristodoulou (“These lenses can keep flashing filthy BANKNOT£S / for people who hide behind their idle followers” in their poem “Idle Idols”), as well as my own new poem, “Crapitali$m.” We have a great batch of submissions this month in both quality & quantity. Papachristodoulou’s poems also discuss soulmates as asymptotes, “projecting life as seen by the Kardashians / with selfies in a shell that’s rather porcelain,” and a dress that remains “the exquisite outfit of a prima donna” despite being ragged from countless trips to the dry cleaner.

Here is my prescription for you in the coming days, darlings: Do something wild, explore a vacant or abandoned structure, go to a public beach (such as North Baker in San Francisco) & observe the way people naturally self-arrange & coalesce into groups based on social persuasion & spend most of your time on the nude part of the beach, call in sick to work & instead get drunk & paint for the first time in 5 years (make it a painting you won’t regret in the morning!), take part in a demonstration against racism or the coldhearted eviction of longterm tenants, go to a meeting to help build a national movement to protect housing or strategize drastic direct actions to protect the one god we should all believe in: our planet. Have a little fun outside the safe box, & tell your coolest & most creative friends, especially if they are literate & physically attractive, to send submissions to Synchronized Chaos for June. Due May 31st.

“Isnt this just heaven?” asked the lady pushing the stroller through the middle of the farmers market,
as she looked at all the affluent well-dressed white people around her,
& smiled in the lambent sunlight

The night before, the police swept away
all the homeless people who had built
a peaceful tent city beneath the overpass
over the course of the preceding weeks,
setting them back, once again, to zero;
perpetuating the harassment of the indigent at which they’ve grown adept, at the behest of the real thieves & criminals

Capitalism, the worlds cheesiest religion,
sells us things we dont need,
tries every dirty, sly trick to squeeze more money out of us,
steals the world’s resources & sells them
back to the people (sometimes even at a discount!),
constantly breaks up community, continually renews
things that were just fine, tears down houses
that could have stood,
values profit over public welfare,
builds fences & little boxes around everything
in a universe where all is connected

For my whole life, my dad was the strongest, smartest man I ever knew. He stood at an average height of 5’8″ and his hair is pin straight and thin , except for the bald, shiny spot at the top of his aging head. He wore vibrant, multicolored button down dress shirts, accompanied with old tattered navy blue jeans and steel-toed boots everyday. I can still hear his deep, scratchy voice as he walks in the room and says, “Mac, I’m home!” My dad never cried except at my grandfather’s funeral, where I promised him I would never lay a hand on a cigarette for as long as I live. His words are forever embedded in my mind like a megaphone blaring in an ear each time temptation is around me. He started working at the age of nine as a paperboy in Knoxville, Tennessee and since that day, never stopped.

He was fine. He told me that when his frail body limped up the stairs to his queen size bed. He walked at a slow pace, than descended into the bed like his limbs had decided to all break at once. That was the last time I saw my dad as my dad.

END_OF_DOCUMENT_TOKEN_TO_BE_REPLACED

Why Try
They ask, judge, text,
spread the news even
if there is no news to
spread, they gather together
and make their comments
Creating and painting
their own unwise universe.
Omega
Scribble the last letter
on earth, etch it in the ground,
wait for the gates
of stars and planets to open,
a rain of judgment, or just
a sound of eternal party.
Last Night on Earth
I have decided I do not want
my last night on earth
to be spent on a bed, alone,
listening to the promised
soon coming of another.

Once upon a time.

There lived a man who wanted to find someone to love.

He kept waiting, and anticipating .

The man eventually died of a broken heart.

A young man and woman approached the scene where the man had died.

All of a sudden, it got deathly quiet.

Then a male figure formed in a pale, white, ghostly mist.

The ghost appeared to be someone that the woman had rejected from somewhere back in time.

So, with a sorrowful moan, and the face of rejection, he stared at the woman.

END_OF_DOCUMENT_TOKEN_TO_BE_REPLACED

Wrong side of the Tracks

I grew up on the wrong side of the tracks,

I grew up believing that I would not make a difference,

My elementary school mentor said: “All you bad motherfuckers are going to jail,”

I grew up in a world of violence, incest, rapes, and deaths,

And as the people watch the world burn, I throw water on the fire,

Because today the world belongs to me.

END_OF_DOCUMENT_TOKEN_TO_BE_REPLACED

Grunted
he grunted
at me, a series
of snorts
as if I were his
cave girl, tied
to the wall, an
object to be
shared, owned,
then discarded,
so I slipped
out the cave.