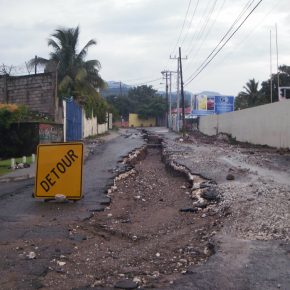 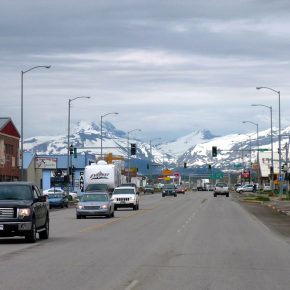 Noël in the Sierra

They’d been traveling all day, since before the sun rose,

and now it was cold and dark and snowing,

then the car broke down and now this cracker . . .

“You just got bad timing,” the burly man had said.

“Nobody around here’s got any rooms tonight. Sorry.”

The girl, her small heart pounding,

looked the motel owner straight in the eye.

Sheesh! the man thought. How old are these kids?

her, tiny, cornrows, more in control than her dude,

And what are they doing in Red Bluff?

The nearest ghetto’s in Oakland . . .

the perfect little sphere at her tummy

peeking through a tatty coat. . .

“Well,” he said, with some reluctance,

“we’re not supposed to do this,

but there’s a corner in the garage we sometimes rent out.

sputtered the angry boy. “For a garage?

We gotta sleep on cement?” “Now hold your horses, there’s a cot—“

“A cot?!” “Actually, two cots, and blankets, and a table, and a utility sink,

and a ceiling light. You allergic to dogs or cats?

We keep Rex and Tina down there.”

The lobby windows shook in the wind.

Jay gave him a dagger look. This was no good.

He’d promised he’d take care of her when they got out,

they couldn’t stay in Tracy, with her parents there,

but why was doing the right thing so damn hard?

Why was he being blocked everywhere he turned?

He felt humiliated as he looked at the girl.

“You OK with this, Myra?” he mumbled.

silently the motel, the owner, Red Bluff and the weather.

Myra had been holding her breath and let out a sigh.

An hour later the two young people were settled

in a freezing corner of concrete and dirty pipes,

half hidden behind an SUV

under a single naked bulb. A colorless mutt had growled

when they came in, then seemed to give them a pass.

A mangy calico cat was fast asleep in its basket near a litter box.

“If we weren’t black,” said Jay, getting madder by the moment,

“he’d’ve at least let us sleep in the lobby,

“Don’t use such language around the baby.”

“It’s not even born yet! What’s it gonna care what anybody says?”

“How do you know? You inside me listening?

Anyway, we all got a roof over our heads for the night.”

She heard the wind roaring the snow down from distant Shasta.

He pulled a cot away from the freezing cold wall

and Myra lay down on it and curled up around her tummy,

gently stroking it, humming a lullaby.

They lay side by side on the cots, tucked up in blankets

and listening to the wind and snow roaming like a hungry animal outside,

covering the land with an icy whiteness

under a starless sky.

Finally almost asleep, Jay got up to turn off the light.

He heard something from his lady;

she was no longer humming, and her hand on her tummy was still.

It had just passed midnight.

“Merry Christmas, baby,” said Jay, and he kissed her on the forehead.

There was a look of intense concentration in her eyes.

A clutch of teens were passing a joint behind Sal’s.

“Hey man, this stuff so strong, I can see Santa Claus comin’

over Redding,” one was giggling. “That’s no Santa,

that’s a drone, bitch, and he is coming after yo’ tight ass!”

Suddenly someone they didn’t know walked out of the darkness.

He wore a dark raincoat, which didn’t make much sense;

it wasn’t raining, after all; the snow had lightened,

and a few flakes whirled giddily in the street light.

The boys stopped and stared. “A narc,” one whispered,

killing the joint with his boot.

“Or some transgender freak,” another sneered.

It had the figure of a man but a woman’s face,

it spoke softly but locked their eyes with its own:

each thought the figure looked at him alone.

“None of the above.” It smiled. “Sorry to disappoint.” The boys

were suddenly frightened. “Don’t be afraid.

Across the alley there’s something you ought to see.

I promise you won’t regret it.” It pointed to a garage

where a light was burning.

“Wait. Just go. And look.” He gazed at them expectantly.

“What have you got to lose? It’s good news.” And he smiled

again that smile they found so intimidating.

“Man, that stuff is strong,” said one of the boys.

“Was that a hippie or what?” another joked, nervously.

“So gay!” another scoffed.

But they went to the garage anyway. A young black man and woman—

really a boy and girl, much the same age they were,

but looking worn out, wary and anxious—

looked up as they came in, from a tiny black baby

wrapped up in a towel and blanket

and lying half in a sink.  From a hole near the ceiling

came a sound of pigeons, their sleepy

heads looking out. A mongrel dog

crouched nearby, its head cocked quizzically,

an ageing calico cat sat on a rickety tea table,

its eyes probing and intent;

they all stared at the infant,

who lay watching them curiously,

in the unfocused way babies have;

seeming to be wondering where on earth he was.

He burbled something and his eyes were bright.

He was black as night, and he shone.

The boys, still high, fell to their knees.

Sometime later, there was a tap at the utility door,

and three old men came in, one with a raggedy beard,

one with a funny hat, the third with his fingers

covered with beer-can rings. Their clothing,

dirty and torn, was thick with snow,

like a trio of sheepdogs just let in from the winter cold.

Then they saw the baby with its mother,

and they stopped and stared with a look of wild joy.

The first just smiled and shrugged, as if marveling at his own wisdom.

They all seemed slightly inebriated.

The ringed man made an unsteady bow.

we come all the way from way over the other side of Shasta,

Myra smiled, weary from the labor

and the birth and uncertain just what was going on.

The man, with excruciating care, removed his rings

and placed them, one at a time, near the baby, their brightness

a little aromatic stone, and a handful of costume jewelry.

“Why are you giving us these things?” the girl asked.

The man in the hat looked genuinely surprised.

the man with the raggedy beard said bashfully. And the three

homeless men sat down on the cement, near the boys.

Jay, upset and offended, muttered to himself.

Were they making fun of them? Who did they think they were?

Did they think this “little black baby Jesus” shit was some kind of joke?

If it was, it was a sick joke by a bunch of white motherfuckers,

and he would take all of them out! “Shh,” said Myra,

and she shook her head wearily at her man,

then took her newborn baby

who was at last starting to cry, and opening up her blouse,

man, he needed some air! This was too motherfuckin’ crazy!

Man, this was fucked up!

He had never felt so mad, ashamed, and disgusted.

He started crying. Why was this happening to them?

He wasn’t even sure it was his kid!

The snow had stopped, the sky was deep, empty and clear.

He looked up, the tears streaming down his face,

and his jaw dropped open.

He saw something he had never seen before in his life:

filling half the night sky, hanging straight above him,

was a great, brilliant star.

Christopher Bernard’s most recent book of poems, Chien Lunatique, was published in the spring of 2017. His novel Voyage to a Phantom City appeared in 2016. He is co-editor, with Ho Lin, of Caveat Lector (www.caveat-lector.org).

1 thought on “‘Noel in the Sierra’ by Christopher Bernard”