won, and lost, then won again, and then lost again—

until it stepped into the garish sun

above an annihilated plain,

and the cool water filled with the casings

of spent shells and the crimson tunics

of lost boys and the stench of war,

the purer air rent with shouting

and the drunken symphony of the guns—

after the warm and witty words flowing

from a young man scratching over his knapsack

by candlelight or gaslight

or a glow of Vereys and flares—

opening on that other life that always happens elsewhere—

the stop of it all, in the mud, like a hammer.

A stunned silence in the throbbing of the guns.

An unbelief in a no choice but to believe.

So it—now man, young or old, no longer—falls—

back into the darkness,

a face fading into the waters of an infinite silence:

Reviewer Bernie Gourley recently described The Things They Carried, Tim O’Brien’s collection of short stories about American military personnel serving in the Vietnam War, as ‘disjointed,’ yet he saw this not as a failing of the book but a reflection of the dislocation of war.

While not always as psychologically intense and disordered as the battlefield, regular life can also be disjointed. Our pasts intrude upon our present, our relationships don’t always come together, and people don’t always tell us what’s true or what makes sense.

This issue, with a collection of pieces written in different styles and for different purposes, hangs together loosely. But perhaps we can see this, as with The Things They Carried, as a look at what things and ideas stay with us as individuals and as cultures, what we can keep and bring forward and what often burdens us, and whether healing is possible. And, also, when and how we ‘carry’ each other through challenging times. 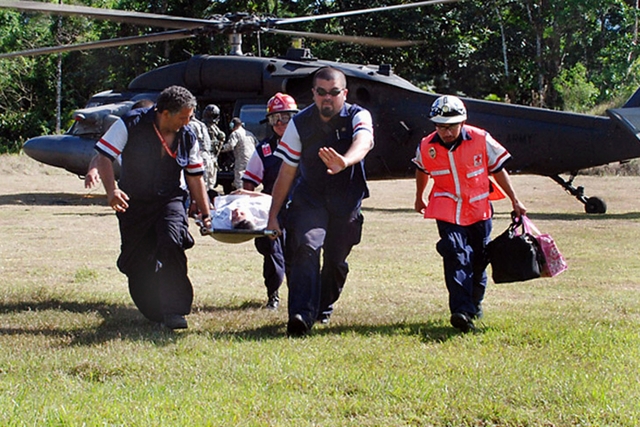 Doug Hawley highlights how people add confusion to life through his satire of the subterfuge that governments use to get people to support war.

We carry ourselves with us wherever we go, and unfortunately that can mean that the memories and habits that come from and got us through past traumas stay with us even in new situations.

Ahmad Al-Khatat’s Iraqi refugee poetic speakers find themselves coping with lingering grief after resettlement when they remember the people they left behind, and even when they see seemingly innocent objects, such as razor blades.

Abigail George’s protagonist wonders if she can have a romantic relationship with someone because, in addition to the challenges her bipolar disorder poses, becoming intimate will mean facing memories of her past abuse.

J.J. Campbell’s poetry reflects the regrets of lost or never-realized love, while Linda Imbler’s pieces grapple with the large emotional and psychological impact of our pasts, including relationships that can continue to affect us after the people involved have died.

Some pieces speculate on whether the memories or thoughts we carry truly reflect reality or are in fact projections of our own psychology.

Jaylan Salah’s feature on Indian indie film directors, the brothers Santosh and Satish Babusenan, gives them the space to explain how elements of film, including character nudity, don’t have to be interpreted in one particular way, but reflect the state of mind of the viewer. To the Babusenans, nudity isn’t necessarily sexual, it’s just that the film audiences choose to see it that way.

Edward Lee’s poems deal with aspects of how we process memories: memory and love, memory and grief, and whether memories are accurate. Ann Tinkham’s short story presents a character who heads back to her childhood home to find herself, but instead finds people she used to know who are old enough to have started forgetting themselves.

Some writers demonstrate the possibility of overcoming our pasts, letting go of baggage that no longer plays a useful role in our lives.

In Allison Grayhurst’s poetry for this month, romantic love is a major theme. Some lovers aren’t quite together, physically or psychologically, and the past encroaches on some people’s lives. However, other pieces in her set show us couples who have connected and a person experiencing the warm, daily comfort of a relationship. So even though we don’t always realize it perfectly, Grayhurst points to the possibility that true love is something humans can enjoy.

J.D. DeHart’s poetry this time around centers on people who reconsider things, most poignantly a joke that ended up hurting another person’s feelings. Vijay Nair’s pieces deal with reclaiming one’s self-respect, particularly for Black women, by pushing aside social prejudices. Gwil James Thomas’ humorous poetry reminds us to let go of our complaints by putting our issues in perspective.

In a different vein, Mike Zone’s short story renders survival and competition in our modern low wage work ecosystem in a supernatural, mythological manner. His ‘everyman’ hero has to fight off a bully who is really a negative projection of who he could become before he can have a relationship with the woman he loves.

Life is cyclical, and the changing times of day and seasons encourage some authors to let go of past toxicity with a new season and others to maintain the good aspects of their lives.

Michael Robinson’s poetry celebrates long-term love: romantic relationships, spiritual faith, and just finding joy in being alive. He uses natural metaphors to illustrate how the love lasts from one season to the next.

Joan Beebe’s poem shows how a beautiful sunrise suggests the possibility of healing and renewal, and Kevin Rabas’ pieces use musical imagery to show how we can fit into the rhythm of life.

Other pieces go even deeper with the idea of carrying the good forward throughout life and tossing aside whatever holds us back.

In her monthly Book Periscope column, reviewer Elizabeth Hughes reviews novels and a poetry collection that all, in a way, present hero’s journeys.

Marshall Ginevan’s law enforcement hero Eddie Donevant, in the Wrong Side of Loyalty, fights a physical battle with fellow officials who have been corrupted by drug money, while Chris N.’s protagonist in The Place Where the Metaphor Hides rescues her loved one from a fantasy world that incorporates personified elements of literary craft and thus suggests a psychological as well as a physical journey. Ginevan has also said that his hero represents a person trying to live a life of faith in a corrupt world, that his book conveys psychological themes in a subtle, non-explicit way. Avinash Jalani’s poetry collection Little Meditations centers on the internal journey of thinking and understanding oneself.

Mahbub’s poems this time around convey loss and grief, and also encourage us not to discount the wisdom still held within older beliefs and traditions. He also includes a piece pointing to the gentle hope he finds in life’s continuing through his baby daughter.

Arthur C. Ford’s piece shows us a paradox: trees have died to produce the paper to print books, but ideas will die when people don’t even open the books. He suggests that we should not let the trees, or the wisdom, die in vain.

Chimezie Ihekuna, in the penultimate installment of his drama The Success Story, shows the moment when his protagonist receives the fruits of success on his unconventional life’s path and acknowledges and thanks all of the people from his past who have helped him move forward to where he is now.

And, finally, Piotr Kasjas reminds us to remember our stellar origins as living beings on this planet and to make the most of the time we have here.

We hope that reading this issue will be a good use of your time and that you will choose to bring Synchronized Chaos forward into your future. Please feel welcome to read all the pieces here and to leave comments for the authors! 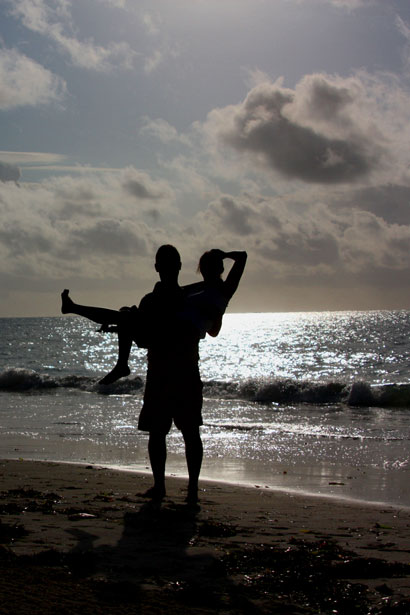 The flapping tongue
who stands at the front of the room
before all the Emerson roving eyes
trembles through articulation
being careful not to salivate.

END_OF_DOCUMENT_TOKEN_TO_BE_REPLACED 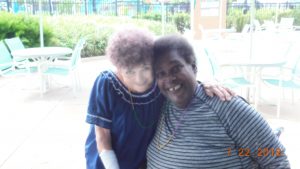 Remember the flowers singing in the morning showers,

While the yellow finches flew above the clouds,

And the grass was our bed.

Those days were familiar to our souls,

Something that kept our skin soft,

Nothing compares to those moments,

I now watch the cardinals and think:

How unique our love has become?

END_OF_DOCUMENT_TOKEN_TO_BE_REPLACED

She has a sense of shame

That she is a black lady

Nobody loves a black girl

Not even herself, she thinks

Always in mourning as she is

She believes it may be

A curse of her past deeds

If it was her past deeds

Then, what would have led

Lord Krishna into His complexion?

He is the embodiment of all beauty

Who believes that black is rainbow

That forces you to imagine

END_OF_DOCUMENT_TOKEN_TO_BE_REPLACED

It felt so real. The rain, the leaves, the lovemaking (but was there any passion, or was it just perfunctory. I did not feel any pleasure. It felt like I was twenty-two again. Living amongst xenophobic South Africans, and Johannesburg people, I sensed winter coming on acutely).

And then there was the kiss. Something inside of me died (well I always felt a succession of deaths after writing, and I went cold). Yet there was something there that was still absent. I woke up then. How could I put it into the words? There are no consequences on the astral plane. You lose everything if you think of desire as being simplistic. Oh no, it is much, much more complicated than that. So complex that scientists in North America are studying it. My dreaming of late left me depressive. The illness was returning. There were signs. A homosexual man with beautiful eyes, and sensitive hands passed me on the street. I wanted to find that confidence that I saw in his swagger on the page. I thought if I could do that it would explain everything, especially what I had been dreaming about. I needed to know why romance to me was like a lighthouse. I was always swimming away from it, backing away, getting shipwrecked. Left wondering why I was never anchored?

END_OF_DOCUMENT_TOKEN_TO_BE_REPLACED

President Jenkins – Ladies and gentlemen, we have bad news.  The government of the caliphate of Isis has just executed five Christians in what used to be Northern Iraq.  Name me possible responses.

Chairman of the Joint Chiefs Of Staff Adams – As you know Madame President, the military has been severely handicapped by the squeezed budget for the last generation.  On the other hand, based on the time since the last major military operations initiated by Presidents Bush, we have quite an arsenal of older weapons.  I hope that the ISIS fighters are ill prepared for battle, given that they have not done any fighting since they secured their present borders fifteen years ago.

I would never admit saying this, but the troops are getting fat and bored when we have not had any major conflicts for 17 years.  Officers can’t get promoted for sitting on their asses.

Secretary of The Treasury Adkins – Madame President, the unemployment is creeping up towards 8% again and productivity is sagging.  I think that an increased military would absorb some of the unemployment and have a positive effect on the economy.

Jenkins – If there is any way we could justify putting those murderous bastards from ISIS in their place, I would be a happy woman.  Unfortunately, many in the public remember “Weapons of Mass Destruction” and some of the really old remember “Bay Of Tonkin”.  There is a huge anti-war presence out there, even beyond the usual peaceniks and pacifists.  How can we get around that?