The Journey Continued in Four Parts

Part One – The Step 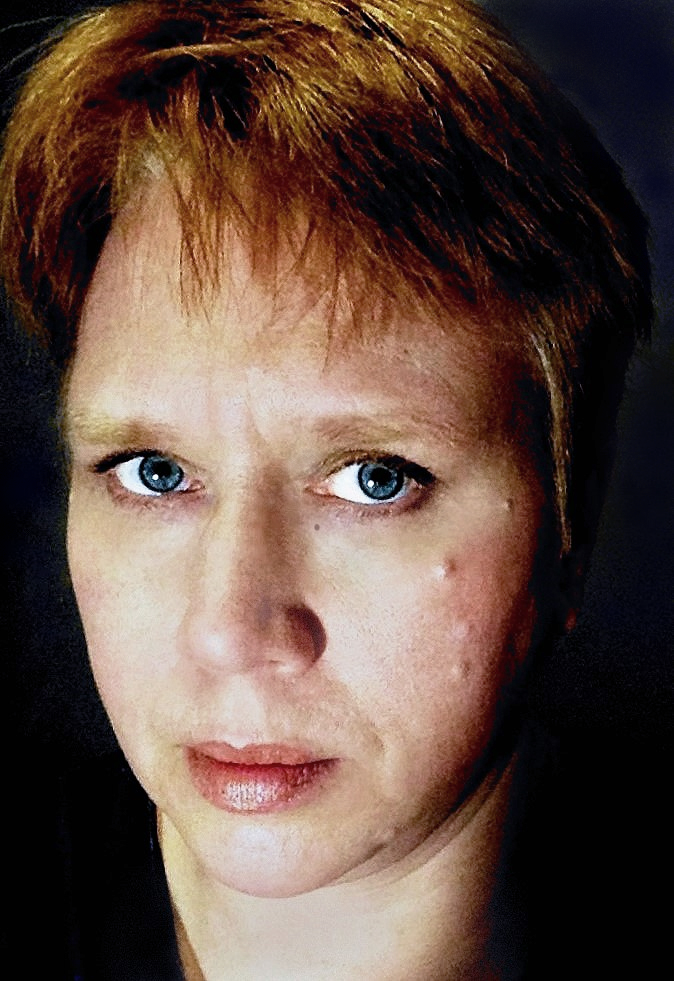 a harvest ready to haul, infested,

You asked for a light

at the end of the tunnel

there is no light at the end

because you are the light

You are the living fresh-water fountain

you seek, the high rock in the ocean.

Then you were told there is no tunnel,

no distance between the dark and light.

There is pain and loyalty to that pain

and false hopes that claim us

You were told to be glad at daybreak, when the battle

ensues. Against the rain, don’t have any secrets,

even let your own death be revealed.

You were told never stop longing for the clarity

of your spirit, give no one up to the slaughter,

eat only what does not scream or thrash.

If there is a high wall, climb.

If a steep incline, find a rope, tie a rope

and edge your way gently down.

You were told to make bread, give a loaf away

And even if you do go hungry, then hunger

is the season you are called to endure.

You asked for light at the end of the tunnel

eventually the wind will wake, spare you

the cause of your consuming dread.

(Four Heads of Evil Within and Without –

Be still, in the hostile landscape, be still,

and the sweet exchange of eternal experiences.

Is there anything to regret? No,

there is only what must be given up

that grew beside your own, grew because

of your suffering, a deformity that

grew to help you carry the weight of that suffering,

a deformity that held a place for your secret pride.

But now, unbound, you must mercy-kill it,

release and dissolve its surface layers and under-layers.

It is always in a state of perpetual decay, supporting.

without its sickly features haunting and its whisperings

that lead to madness, whispering

“This suffering is yours. How amazing you are to carry it!”

and “No one will love you if you don’t carry it.”

Be loved in your joy and crazy impulses,

Be bouncing, impossible, wrenched from its illusion,

off your leash, off your rocker.

Discover dignity under the high trees,

by the rapids, skipping stones,

stepping on the slippery rocks,

stepping closer to the thrashing contours,

closer yet to its elemental song.

If you see the daybreak

but cannot walk out of the cave,

if you are still feasting on small beetles and cave-moss

instead of apples and mushrooms, how far really

does your sight go? Far, winning yourself

a legacy but not far enough to be more than

How do you collect the emptiness and make a stone,

a salvation, carved with a celestial roof and sturdy ground?

Beg for movement – ask to drink from the cup today –

to perch on the hillside, walk down

the hillside and greet the blessing

full speed into your arms.

Lick the forehead of love, taste the salt

on your tongue, gently covering folds and creases.

The deck is clear. Hatch the egg.

carry your bed to the second floor, welcome in

the seductive sweetness, invite it to climb your steps.

First, shedding its secrets, single in its carnal commitment.

Then, feeding your body with its gravity and resolve.

(learning the lesson of Lot’s wife)

Their bed, Your body

Rocking under the blade,

not touching, almost touching but not.

Walking into the savage yard, where

crowd the space and drink misery instead of water.

Passing through the yard,

closing the gate, never to return.

It is a dark enchantment – behind you, bolted,

their ravenous hunger, no sacrifice given to save them

was ever even noticed.

They will keep wandering

in the dead-zone where no mercy

That garden is a place where connection

to God has been willfully severed, where souls

have dissolved into wisps of ghostly fever, ungraspable,

doomed to the storeroom, to the torment tangibly pouring out

of guilt, shame, and outrage born from self pity.

Pity them, then move on.

They are full of secrets, unwashed undergarments

and dusty overcoats, cramped with illness.

Your hands cannot be a shield,

their shadowy substance will seep through your pores.

All that can be done is to

commit to run with Jesus. Make this choice,

and watch the swallows circle their nests,

as all good possibilities expand.

And you, reborn by this choice,

having shed yourself of their torment,

can rub yourself with lavender,

stepping into the wave, becoming the wave

at one with such power,

all directions in rhythm, forward.

(see with both eyes)

When Dust Covers the Sacred

Time is hard on the dream.

The dream, once sharp bold lines

becomes an untidy room – clothes behind

For this exchange there is maturity,

the binding up of existence with the inexplicable,

the terrible and the flaccid.

The dangerous duty, the succubus of worry

and then the bitter beast that grows a head beside

your own…in youth, it is easy to imagine the

chaos cleaned, ordered like the many houses of heaven,

but after the fruit has long ago been picked

and there is nothing left to eat, your body changes

to find fuel in air like the baleen whales,

sucking in, filtering out, tiny nourishment,

for movement and a steadier type of strength

that only needs the air for answers,

breaking down the barriers of the dream,

letting in influences once firmly barred, letting down

the unsolved puzzles, picking up a housecoat and

The dream then becomes everything – tasks,

small gestures of love, like hugging your grown children,

or watching your lover dance, carefree.

The dream is a small thing,

creeps up behind you like an unexpected neck rub,

when unattended, yielding to the unconscious flow,

crushing the big-dream-treasure into an edible form.

(the more love given,

And although the life below the surface is foreign

it is drawn from the one source, and not-so-foreign

Speak up upon that burning boat-pyre, drain your cup,

release your shock and anger into a spoken-aloud prayer.

They will come, the angels of the sea –

from the dimensional platforms of subcutaneous depths

they will rise with conviction, intimate

as the heat that encroaches and the flames reaching,

determined to transform your flesh into ash.

Leap into their fins and tentacle arms.

They too are sacred and able to offer deliverance.

Forget the land and land creatures

with air pocket lungs and the need for direct sunlight.

These water creatures will work magic

and make you one with their own, so when the fire arrives

it will have no sovereignty over

Go under, down inside a world without fire,

take your cup, where the weight and pressure

of the depths is enough justice to bear.

Get close to the Earth’s centre, find a soft place at the bottom.

Remember to love everything that goes by –

Here your cup will be unnecessary,

but even so, here, it will remain always full.

Part Three – Why Not?

(The Poet is not there to save you

The Poet is you)

breaking through the sphere

creating a gale, a flash, uncovering

a raging realm of heaven before

Why not the mountain

that was both shield and finish line

dissolved into the flossy ocean-sand

particles, sinking, dispersing over the vast

Why not love strong as a flock of geese

blazing a dark pattern over blue, or love

Why not the backbone

that was believed as backbone

and the hand coming in, pliant and warm,

Why not the heart a fish

with a coin in its mouth?

The warrior, now a mother and still

Why not a steady supply of nourishment,

Why not the gathered yarn, the knitted

the person on the bus sitting

in a suffering madness, just his eyes

looking down, teaching you

the unburnished treasure within

seasoned, for you, the world and all?

blanketing your shackles in light

and the iron gate will be unlocked and open.

you will know it is not a dream,

but a beautiful reckoning, a reconciliation

between reality and ideals.

What you value and keep,

and what you hand over

will equal in authority.

You will be escorted onto the path

in spite of practical obstacles.

In spite of the guarded prison cell,

your freedom will arrive,

This is not a dream. There will be no blood spilt

to ensure your release. It will feel like a dream.

What you commit to will be your lead and your tether.

The shadow of tormented suffering will

be waved away by the angel’s magnificent hand.

The way will be cleared

you will be rejoicing, opened,

dig until your roots are exposed, weeping)

You open the door

knowing that light is mercy

and mercy is light.

to the whole, split off

from attachment to personal sin,

from ego encased around your karma

that holds you pressed to it, believing in it,

You open the door and let go

of your individual inheritance

to know a flow between

yourself and heaven, without ritual

as catalyst, only God’s love

that chip away at the rock because the song is sung

“There is no rock!” It has vanished, the burden

of blood and ancestry removed:

forgiveness in the depths,

freedom at the starting line.

We must be a potion

mixed. Alone we have

but combined is the breakthrough

explosion, the cry of light that

will grind heaven into sparkling

dust we can bathe our bodies in.

The guilt that was yours,

guilt for feeling responsible for choices

that were not yours, exorcise it,

burn that haunted palace down and construct

a new hut where we can live and make

a clean home in, pure from ghosts

and the blood bonds of false ownership.

I see you alive and blazing,

and the sun warming your back.

I see you with two hands working their strength,

kneading this sick world with your voice

so strong it will spawn revelations, shape

the wheat from the chaff.

Be honoured you were chosen for this task.

How could you record it if you didn’t live it,

if you didn’t suck in the last

of its shame and suffering threshold,

choke on its dry and brittle pieces of bone?

So suck it in, take it into your bleeding esophagus,

then watch it dissolve, its frayed and familiar howling

vanished into a new-found brightness.

We must climb the high wall together.

That is the commitment of our marriage

our shoulders as swords slicing the pie,

casting off this second mortality,

together, breaking the wind in two,

being born in the space between, landed.

Allison Grayhurst is a member of the League of Canadian Poets. Five times nominated for “Best of the Net”, 2015/2017/2018, she has over 1200 poems published in over 475 international journals and anthologies. She has 21 published books of poetry, six collections and six chapbooks. She lives in Toronto with her family. She is a vegan. She also sculpts, working with clay; www.allisongrayhurst.com