Welcome to February, the month of Valentine cards and pink candy hearts and Cupids for some, and dark humor and hopefully self-love for others. Hopefully, this month will also herald warmer weather for those Northern areas besotted with blizzard snowfall.

Our issue this month focuses on innocence and maturity, with some submissions reflecting straightforward childlike enthusiasm and others presenting more complex, self-conscious thoughts.

Leticia Garcia Bradford regales us with a tale of the first time she saw snow, as an adult Californian traveling to South Korea in winter. Joan Beebe draws on the Valentine’s holiday for inspiration, describing a contented relationship and some different aspects of love. She also memorializes a pet parakeet who had become dear to her family.

Tony Glamortramp offers up poetry and a short story, both of which convey the thrill and joy of snow days, not for children, but for bohemian queer artistic types who have the day off from school and work to feast on poetry, art, drink and music. These pieces, somewhat reminiscent of Puccini’s La Boheme, express the treasure of eclectic community and show through nostalgia the value of a city’s remaining hospitable to these sorts of people.

Ogana Okpah celebrates love, both the childlike pangs of first crushes and the longer-term, committed love of adults. Jaylan Salah reviews the cinema of Canadian director Xavier Dolan, whom she appreciates for making films that show teenage boys’ maturing and the complexities of ‘human-human’ relationships, tender and nuanced regardless of gender configuration.

Other writers convey a sense of anxiety, a reflection of the growing pains of our society and planet. Michael Robinson, in his distinctive restrained, delicate verse, expresses the solitude and anguish of having only memories of love for comfort while undergoing mental health treatment. Christopher Bernard’s protagonist considers the weight humanity places on the planet, then looks into the faces of ordinary random folks of all ages waiting for a San Francisco bus, who seem incongrously vulnerable and harmless. Christopher Bernard also reviews Ernest Hilbert’s new poetry collection Caligulan, which expresses modern and timeless social and existential anxieties through formal poetic forms.

Vernon Frazer creates highly structured, precise, heady pieces through free verse forms, reflecting places that are underneath, behind, hidden from view. Readers are drawn by these geometric arrangements of words to peer within our physical and mental structures to examine their deeper natures. Akor Emmanuel expresses existential dissatisfaction through the image of a perpetually unsatisfied pregnant virgin, an echo perhaps of the Virgin Mary’s sorrow over our world.

Dramatic suspense can be a way we can face anxiety in small doses and vicariously, perhaps as a way to accustom ourselves to fear from a distance so that we might become stronger when confronting actual threats to our existence. Elizabeth Hughes, in her monthly Book Periscope column, reviews Joe Klingler’s film noir-esque thriller mystery Missing Mona, describing the tale of a detective’s quest for a missing hitchhiker.

Other writers this month describe the process of men’s coming of age, with all the angst inherent in that physical and psychological journey. Michael Robinson reviews Christopher Bernard’s Dangerous Stories for Boys, a collection reflecting what Bernard considers the ‘dangerous’ and volatile years of burgeoning adult masculinity, beginning at about age ten. Ryan Hodge, in his monthly column Play/Write, analyzes video games’ portrayal of male characters as they develop throughout game play, arguing that they earn worth and value in the eyes of others through service and sacrifice, but face the dilemma of finding a balance where they can assert individuality and not merely exist for the sake of others. Hodge argues for a complex, nuanced view of manhood on the screen, just as he did for femininity and female characters in his last column.

I hope that this issue inspires both childlike joy and wonder and thoughtful consideration of deeper concerns. Thank you for sharing the experience and growing alongside our contributors. 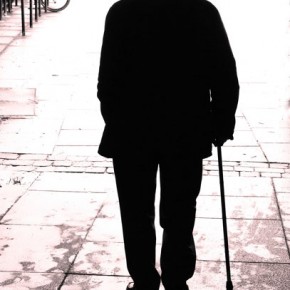