Welcome to May’s issue of Synchronized Chaos – The Uncanny, Incongruous, Eerie and Unexpected. 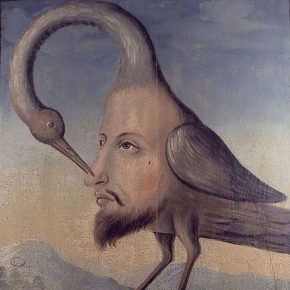 JD DeHart’s writing deals with the past, and the familiar rendered as grotesque: memories, bones of extinct mastodons, perpetual adolescents without purpose in life, and the working poor, who are literally compared to ‘bones’ in a piece that suggests that it’s a problem that they have to struggle as much as they do, rather than a natural part of life’s course.

Sanjeev Sethi renders common emotions and life experiences – visiting loved ones, feeling taken advantage of, romantic love – through elevated language and tightly crafted metaphors. This makes readers stop and think about the different layers of thought and feeling that we experience.

Ken Dronsfield takes themes and places that might seem prosaic in poetry – graveyards and death, flowers, love/deep friendship, and the beach – and shows their undersides in a way that is unexpected yet still poetic due to the choice of language and construction. He conveys the emotional impact of unrequited love through a violent rendering of the experience of cutting lilacs and he illustrates, rather than vacationers or idealized nature, the life of a transient who scrambles with the seagulls for scraps of food.

Alex Johnson intertwines his personal physical and mental suffering, from withdrawal from psychiatric medicine and from the judgements of others for not being as productive as people expect him to be despite his illness, with a world that’s toxic with violence, pollution and a general lack of compassion.

Wordsmith Cheeta Born2dv8 Lachender makes comedic social commentary out of ‘updated’ movie and book titles, while Elizabeth Hughes, in her monthly Book Periscope column, reviews Connie Pwll Tyler’s Earth Woman Tree Woman, a fantasy that begins within a normal American small town and then morphs, as do the characters, into an adventure where the heroines draw the town’s residents back into the sacred dance of life with all other species.

Joan Beebe’s poetry illuminates how our inner mental and emotional states affect how we interpret and respond to the natural world. Clouds scudding across the sky can evoke wonder or provide comfort, while ravens can portend loss and disaster.

In Kaia Hobson’s short story, receiving gifts engenders a sinister, uneasy feeling. Marc Carver’s poetry includes allusions to magicians, cobras, and demons – and also a piece where a character fantasizes about maintaining his attraction to his partner by making her grotesque, making their relations seem transgressive.

Sequoia Hack’s poetic speaker places themselves within nature, incorporating, rather than juxtaposing, their Eggo waffles and burglar alarm with the blackberries, lions and poppies out on the prairie.

Chimezie Ihekuna’s poetry asserts his determination to live on his own terms according to his Christian faith and resist the temptations to go astray. Unlike other works in this issue, this piece is cohesive and shows us what’s expected. The absence of the uncanny here, and in Sequoia Hack’s dawn scene where nothing is incongruous, highlights it within the rest of the issue.

Allison Grayhurst’s work celebrates awakening to the dazzling wonder and beauty of the universe, throwing off baggage and fears that hold you back and claiming your own place within its wonder. She employs unusual metaphor within her pieces: miracles represented by hungry rats finding the dumpster, a person who feels out of place becomes at once a jellyfish and a pomegranate floating in water. As with Ken Dronsfield’s work, this encourages readers to stop and think about her messages rather than glossing over these as ‘nature poems’ or ‘love poems.’

Ryan Quinn Flanagan juxtaposes unusual images in his poetry: the Easter Bunny and guns, an amusing self-assertion from someone who doesn’t want to be judged – yet is on trial in district court. He writes of America and New York from recent yesteryears: Ginsberg and Warhol, the bomb and the Russians, the Empire State Building.

Christopher Bernard’s final chapter of Amor I Kaos brings the Freudian-inspired psychological tension between the unity and connection of love and the alienation and destruction, but also the potential for individuality and the development of a full separate self, promised by chaos, to a head in a quite dramatic way that is perhaps fitting, although not what we would expect or wish.

Mahbub’s poems ”Frailty’ and ‘Rebirth‘ express a related sentiment as Christopher Bernard’s novel, voicing the frailty of both life and death and how neither state is sustainable forever. His other pieces convey the deep physicality of the emotions associated with romantic love, curse the pollution and ineptness around him, and vow, as does Chimezie Ihekuna, to stay the course through pursuing the craft of writing and offering his work to the world.

And, J.J. Campbell, our returning poet of lonely, cynical wisdom, comes out of his normal mood to describe what comes across as genuine hope for real romantic connection – even if only so he can ‘pretend it exists for a moment.’

Douglas Cole leads us down several shimmery rabbit holes, with storytelling poems that take us through dreams in Mexican cantinas, ruminations through a high school yearbook in a seaside motel, visions of death and reincarnation, and stories told on a vintage Underwood typewriter.

Steven Storrie explores nostalgia and the moment after a dramatic event – the locker room where a player recovers after a bruising play, the sand where a surfer/beach lover waits for the next wave. He ends his selections with an existential allusion to Sisyphus eternally rolling the boulder, trapped in the cycle of life along with Mahbub and J.D. DeHart’s speakers.

James Diaz reflects on our human frailty, as we drag our wounded physical and emotional selves through the intensity of life on earth, here under these stars, in a world where we are breakable, yet still comforted by each other. And Francescca Butcher traces the artistic legacy inspired by Mary Shelley’s famous tale of reanimation: Frankenstein, the Modern Prometheus.

We hope that this issue of Synchronized Chaos will provide some comfort for the weary, and provoke the complacent, and shake us out of our normal ways of thinking for a time. 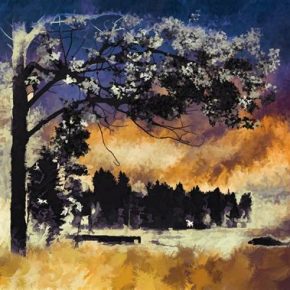